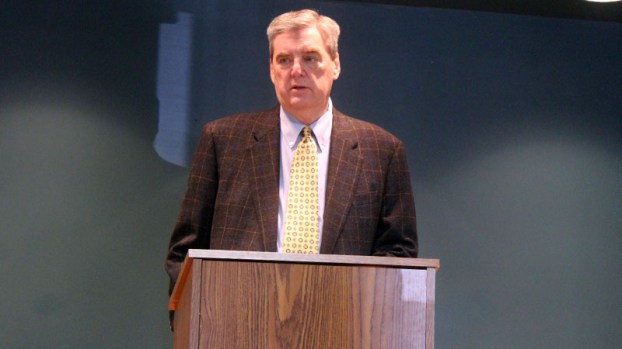 Charter school one step closer to setting up shop in Selma

On Saturday, the Alabama Charter School Commission (ACSC) held a public meeting at the Selma-Dallas County Public Library to allow the public and opportunity to hear from representatives of Rosa J. Young (RJY) Academy, the charter school looking to open up a facility in Selma, and voice their support or opposition to the proposed institution.

The public meeting was part of the process for approving the local charter school, which will have an application hearing before the commission Feb. 4 in Montgomery. During that meeting, the commission will decide whether or not Rosa J. Young Academy can set up shop in Selma.

If approved, the charter school will have just over a year to make arrangements to launch its program, during which time it will receive no funding from the Alabama State Department of Education (ALSDE). The one year gap allows the new school, which will constitute its own school system, to make all of the preparations required for opening a school – hiring staff, recruiting students, securing equipment and more – and allow for the local school systems to prepare for the new school’s opening.

“Charter schools are one answer to improving education in Alabama,” said ACSC Chairman Mac Buttram during his introductory remarks at Saturday’s meeting. “They’re not the answer, they are just one answer.”

Rev. Roosevelt Gray, a member of the RJY Academy Foundation and associate of Concordia Colleges through his affiliation with the Missouri Synod of the Lutheran Church, addressed the small crowd next.

Gray noted that the school had hoped to establish itself on the former campus of Concordia College, which has since been purchased, and may have to seek an alternate location. He also spoke briefly about Rosa Young, who grew up in Rosebud, Alabama and vowed to start a school of her own – she went on to have around 200 students in her small school before being encouraged to contact the Lutheran Church for support by Booker T. Washington.

According to Gray, Selma will be the first RJY Academy and will serve as the organization’s headquarters, from which it hopes to establish academies throughout the Black Belt and, eventually, across the state and nation.

Gray stated that the school will adopt a “holistic model,” educating students while also “serving families” and “building communities.”

“It is our opportunity to serve communities, to be there for the families in the long run,” Gray said. “We’re here for that purpose. We’re not here to take anything away from public schools. But in the 21st Century in America, we believe we need all hands on deck.”

“The reality is that our communities in the Black Belt are dying,” Thomas said. “Testing, testing, testing has always been the thought. But the real purpose of education is to get you to think.”

Thomas said the school’s focus on STEAM education, as well as dual enrollment opportunities, will provide students with the education necessary to succeed later in life. Further, she noted, a well-educated workforce would attract new businesses and revitalize the community.

Larry Chenault, also a RJY Foundation member, talked about the program’s funding, which he contends will be formidable.

Chenault said the Lutheran Church can “come in with a lot of money” and that there is already commitment for $12 million if the group’s application is approved.

“There are a lot of people who want this to happen,” Chenault said. “And they’re willing to empty out their pockets.”

“We know all of the problems in our communities,” Gray said before opening the floor for public comment. “But often times it seems as though we’re against all of the solutions. We’re here to give back to the community.”

Dr. Samuel Craig, a retired school administrator from Michigan, voiced his support for the program – no Selma residents were on hand to voice their opinions on the proposed charter school.

According to Logan Searcy, ALSDE Education Administrator for Charter Schools, charter schools are approved  in accordance with three basic criteria – academics, which judges the strength of the curriculum; organization, which takes into account the viability of the school’s support agency and how well it is prepared for opening up and serving students; and finance, which considers if the school is financially capable of meeting its obligations.

So far, Searcy said, three charter schools in Alabama have collected $1 million in grant money each from the U.S. Department of Education

At 6 p.m. on Tuesday, the Watoto Children’s Choir from Uganda, East Africa will be performing in the Selma High... read more