Tilley balances being a mechanic with firefighting 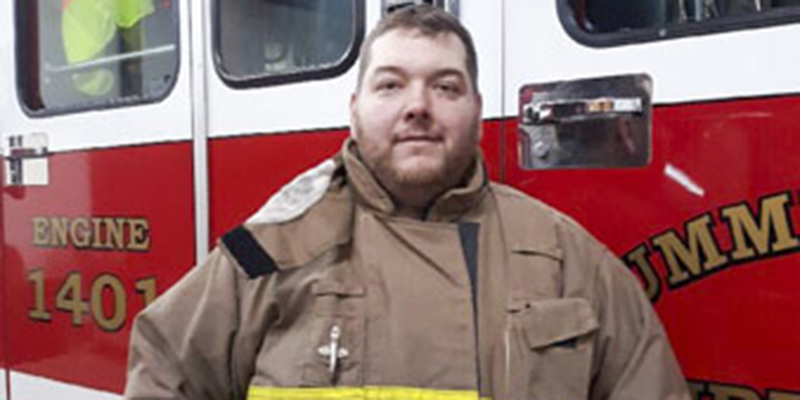 Wayne Tilley enjoys being a firefighter with the Summerfield Volunteer Fire Department.

Tilley has worked with the Summerfield VFD for the last 12 years.

“I love to help the community and someone in need,” Tilley said. “I just enjoy the job. It’s real satisfying to know someone’s glad I’ve helped them.”

Tilley isn’t the only first responder in his family. His father, George Tilley, worked with the Dallas County Rescue Squad. Tilley said he wasn’t encouraged to follow his father’s footsteps.

“I didn’t feel the pressure to do this,” Tilley said. “I’ve always wanted to be a firefighter since I was a kid. I’ve always been interested in firefighting.”

Tilley, a lifelong resident of Dallas County, realized the difference he made as a firefighter several weeks ago at an accident on Highway 219 in Valley Grande, just outside the Perry County line.

“My wife and kids were headed out to dinner before I got called to a wreck,” Tilley said. “We worked a bad wreck. We worked it three hours and we saved somebody’s life.”

Tilley also works as a mechanic at B & S Auto Parts in Selma, a job he started 12 years ago.

“Working at B&S is a day job where I work 40 hours a week,” Tilley said. “At one in the morning, I can get called to a wreck or fire, then I have to get ready for work. I enjoy doing this.”

“There’s not many of us, but we’re saving lives,” Tilley said. “We serve the community well. We go through a lot of training.”

Greene takes viewers on tour of the world