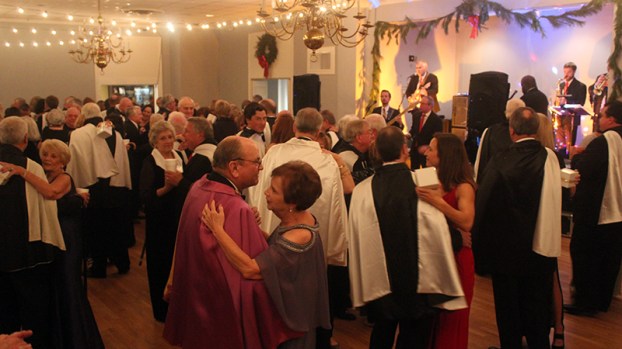 A night of revelry held at the Selma Country Club

A festive scene unfolded Friday night as the 85th Annual Knights of Revelry Ball was held at the Selma Country Club.

The evening began with a brief ceremony, with the Knights parading around the ballroom tapping caners rhythmically while the band played “When The Saints Go Marching In.”

The Ladies of the Court followed suit, entering the room to “Just The Two of Us” and each received a small gift, after which various court positions were announced.

Fred and Edie McCormick were named King and Queen and, after a short poem recalling the various events of the year, Fred McCormick announced the beginning of the ball as the band played “Stand By Me.”

Ivey awards $46.6M to help with heating costs this winter