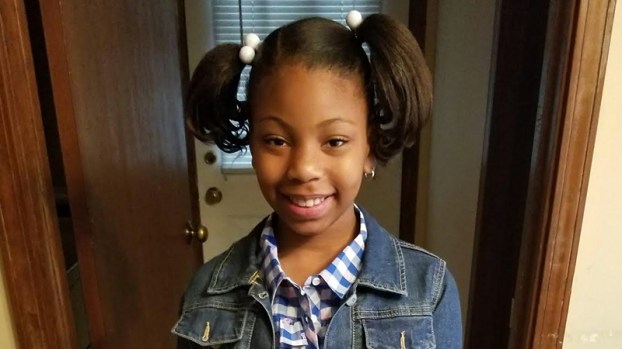 Local girl to audition for ‘America’s Got Talent’

Faith Wilkerson will get her first taste of fame Monday as she competes at Cobo Hall in Detroit for a spot on the television show “America’s Got Talent.”

Wilkerson is 10 years old and a student at Bruce K. Craig Elementary. According to her mother, Pandora Blunt, she has had a passion for singing since the age of three.

At age four, Wilkerson led her congregation at Greater New Hope Baptist Church in a song and afterward received a standing ovation.

“Singing, that’s all she does,” Blunt said.

According to Blunt, the little girl has always been a “faithful watcher” of “America’s Got Talent” and recently expressed an interest in auditioning for the show. Blunt said she checked the audition dates and found that they would be held in Detroit at the same time that the family would be there to visit family.

“She’s excited and nervous,” Blunt said. “I think it takes a lot of courage to be 10 years old and want to sing in front of that large of an audience. I’m just really proud of her.”

While Blunt and her husband, Nathaniel, are optimistic about their daughter’s chances of advancing to the next round and realize how big of an opportunity this audition is for her, they have higher hopes for Wilkerson.

“She understands how important this opportunity is, but I don’t want her to feel entitled,” Blunt said. “I always want her to stay humble and she has.”

The Edmundite Missions held a groundbreaking ceremony Wednesday on a planned $3.1 million community center, which will be located where... read more