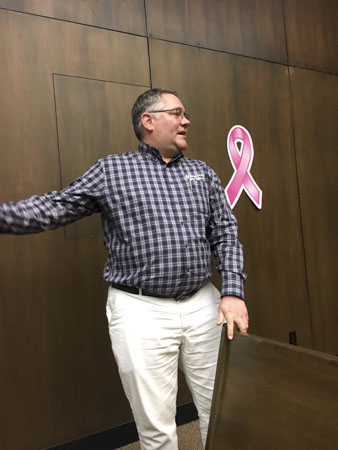 Edmunite Missions to provide assistance for laid off city employees

The Edmunite Missions came through for the 68 City of Selma employees who were laid off on Monday.

Missions CEO and President Chad McEachern announced at the city council finance meeting at city hall that the missions will provide temporary financial assistance to those unemployed workers and their families. The amount depended upon the situation.

McEachern’s announcement drew loud applause from the council and audience for the Mission’s good deed.

“If you run for mayor, you got my vote,” councilman Sam Randolph said.

McEachern said the gesture was a way to help the Queen City in a crisis.

“We were concerned and wanted to do whatever it could to get those laid off workers over the hump,” McEachern said. “We sent an appeal to our donor base and told them this is a crisis for those laid off employees.”

McEachern said all the laid off employees had to was bring their paycheck stub to the mission’s office for proof to get financial assistance which includes food stamps. The city took away the laid off badges at the close of business day on Monday.

“It’s above what we normally do in a month, but we are making funds available to them,” McEachern said.

Council President Pro Tem Angela Benjamin said she and Council President Corey Bowie met with Mayor Darrio Melton last week and Melton proposed a list of increased fees for the use of public buildings. Melton’s recommendations included increasing the Carl C. Morgan Convention Center’s from $500 to $750 and Memorial Stadium from $400 to $1,000.

“There’s no question we need to raise the fees a little, but the public building committee will have something to say about that,” councilwoman Susan Youngblood said.

Councilman John Leashore left the meeting because he said he got tired of being ignored after constantly raising his hand to speak.

Edmunite Missions give back to Selma High basketball teams