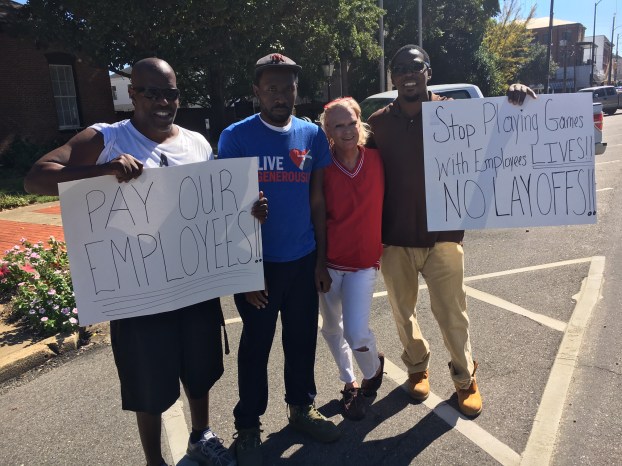 A handful of Selma residents stood in front of City Hall Thursday over the city not making payroll this week.

Most of the residents interviewed by The Selma Times-Journal place the blame on Melton, not the city council.

“When you use your power of office that was given to you by the people for political motive, you’re taking food off the people’s table,” Selma resident Timfreit Drane said.

“I’ve lived in this town for 52 years and I’ve never seen a Mayor try to get back at the city council,” Howe said. “This is the people’s town, not the Mayor’s town.”

“It’s a bad thing,” Chimehiura said. “You’ve got people with families to feed. I’m distraught we’ve got a persona of a mayor who sits on his butt collecting paychecks.”

“There’s something wrong with that man,” Reeves-Howard said.

Former State Rep. and city council pro-tem president Yusef A. Salaam said the layoffs and no payroll are both political moves by the Mayor.

“I’m appalled that the governmental powers of the city are viciously abused,” Salaam said. “The workers are caught up in this dastardly, political treachery. We’re talking about the holiday season.”

Multiple calls were made to Melton, who didn’t return calls.