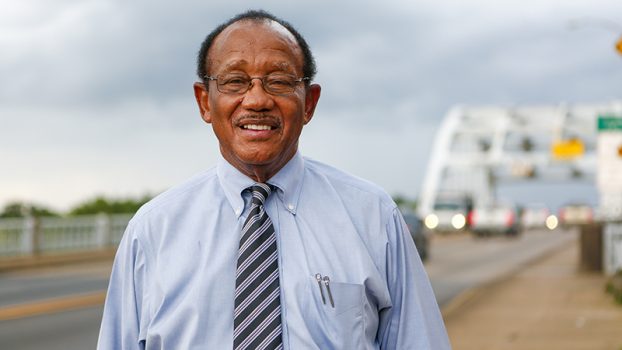 After becoming Mayor of Selma in 2009, George Evans started his own charity Golf Classic.

The ninth annual GPE Golf Classic will be held on Oct. 17 at the Valley Grande Golf Course.

The tournament began during Evans’ first term as mayor of the Queen City. He was Selma mayor from 2009-2016. His bid for a third term ended in 2016 when he lost in a runoff.

Evans said his passion for special needs kids came during his stint as superintendent of Dallas County Schools and being a long-time director.

“I started this program nine years ago to give back to special needs children and make them feel part of society,” Evans said. “This event is about the parents and teachers of special needs kids.”

If the tournament is rained out, it will be held on Oct. 24 at the same time.

The tournament’s name was originally called the Mayor’s Charity Golf Classic, but Evans said he changed the fundraiser after he left office.

“I changed it to the GPE Golf Classic because I didn’t want people to get the wrong idea,” Evans said. “I’ll always be called Mayor, but I wanted to take the Mayor’s name off the tournament.”

A Fun Day event will be held on Oct. 16 from 10 a.m.-2 p.m. at the George P. Evans building, located on 2 Lawrence Street, for special needs children from city and county schools, Cahaba Mental Health and West Alabama Rehabilitation.