Organizations pray over the city of Selma 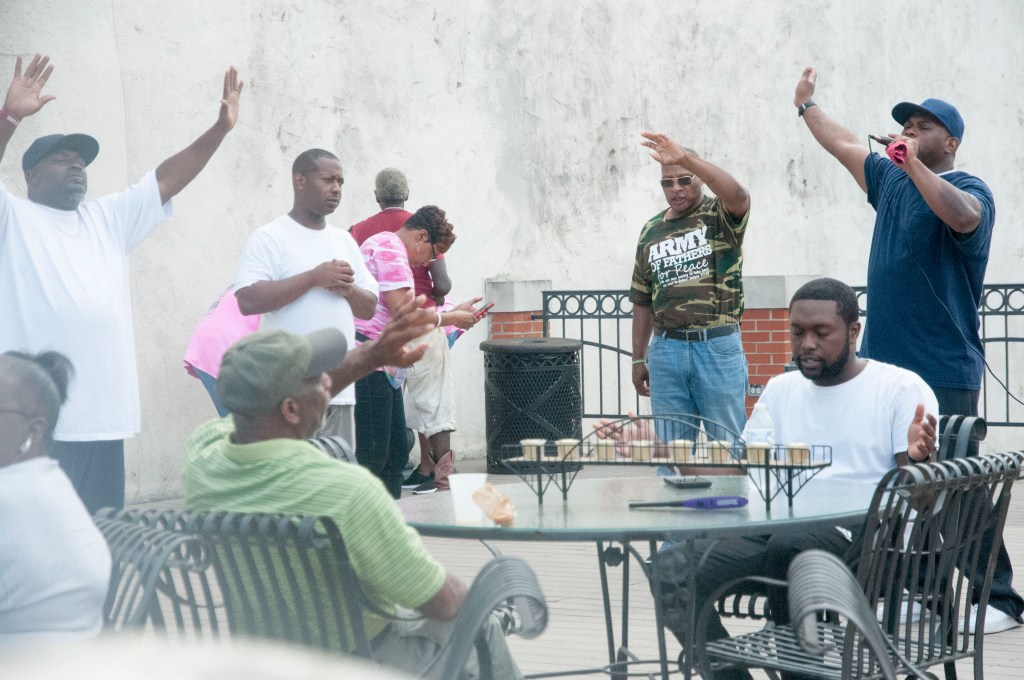 An Army of Fathers and Mothers groups gathered at the Songs of Selma Park at the foot of the bridge to sing song of worship.

Chris Minter, Pastor of Isabella Baptist Church and leader of Army of Fathers, said the prayers are for the city in its time of need.

The idea started after another group had a similar idea for the city.

“It came about through another group,” he said. “Brother Mark Andrews and his wife started praying at the bridge.”

Minter said the group plans to continue praying for some time.

“The Army of Mothers prayed 21 days and now the Army of Fathers are planning on praying for 30 days, but it may be longer,” he said.

The location is no coincidence, as Minter believes it is important to pray over the entrance to the city.

Not only did the group pray, they also offered breakfast and clothing to homeless individuals in the community.

“If families come and need prayers we take time out and pray,” he said. “If they are sick and need help we lay hands on them. We pray every morning at 7:15 a.m.”