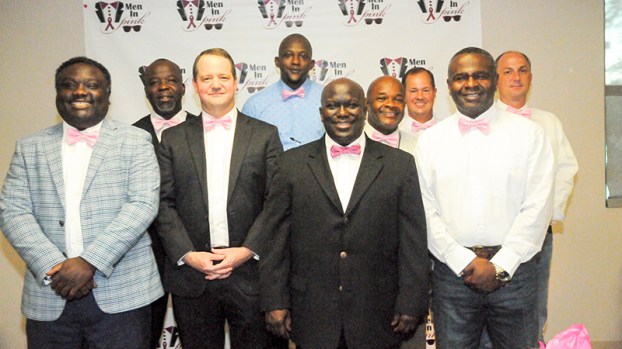 Although a national organization, this is the group’s second year in Selma. The organization works with the American Cancer Society to raise money for breast cancer awareness.

Group member Alvin Craig, spoke to the group about the expectations and why it’s important to raise the money for the cause. He said men fighting for the cause erases the stigma associated with breast cancer.

Even though Real Men Wear Pink is a team effort, it is also a competition amongst the members.

“The men will individually raise money on their own,” Craig said. “We’ll have a couple of group events, such as our Celebrity Waiter event.”

Each member is required to raise a minimum of $500. The man that raises the most money at the end of the two-month campaign will be crowned 2018 Man of the Year.

The Dallas County Commission approved submitting an application for a new road to International Paper (IP) to the Alabama Department... read more