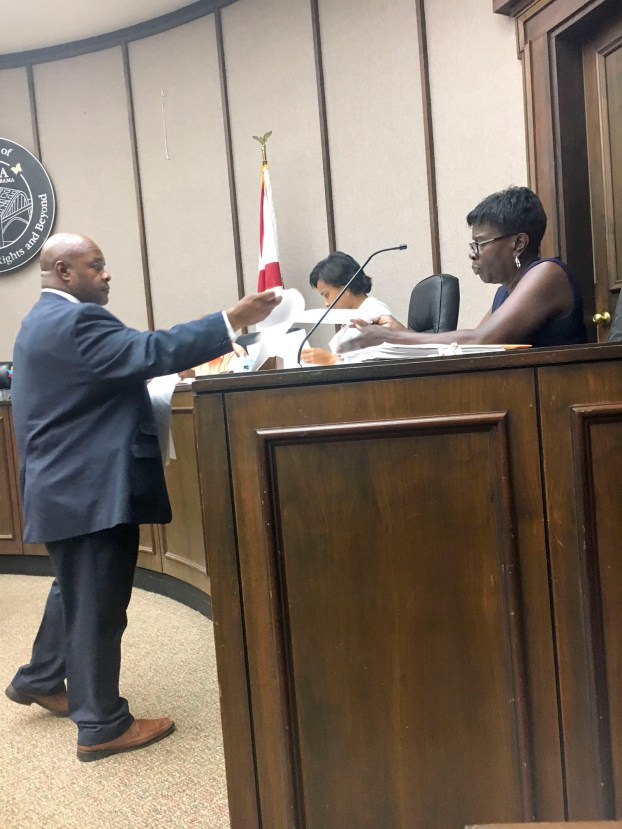 The purpose of the meeting was called to approve a bid for stabilization of the roof on the Welcome Center, but City Councilwoman Miah Jackson requested taxes get voted into the session.

“I’m not excited about taxes, but I’m transparent and I want the people and the other council members to be here,” Youngblood said. “There’s a difference in following the rules and the spirit of the rules. It’s inappropriate.”

The council unanimously voted to get the roof fixed on the Welcome Center. Williams Construction will repair the roof at $43,600.

City of Selma director of planning and development Henry Thompson said the money will come from Tourism.

The meeting carried over into the work session, when the policy of using company vehicles came up again.

City Attorney and probate judge-elect Jimmy Nunn handed out the procedure. A vehicle authorization form must be filled out. If an officer must drive outside the city jurisdiction, they need a travel voucher and get approval from Mayor Darrio Melton.

Thomas said the council needed to know the proper procedure.

New city council meeting procedure was also discussed, changing the agenda. Bowie said he had been working on this for a while.

“It’s not rocket science,” Bowie said. “It will eliminate the business items. We’ll run the meeting more like a business.”

The regular city council meeting will be held at 5 p.m. Tuesday at City Hall.