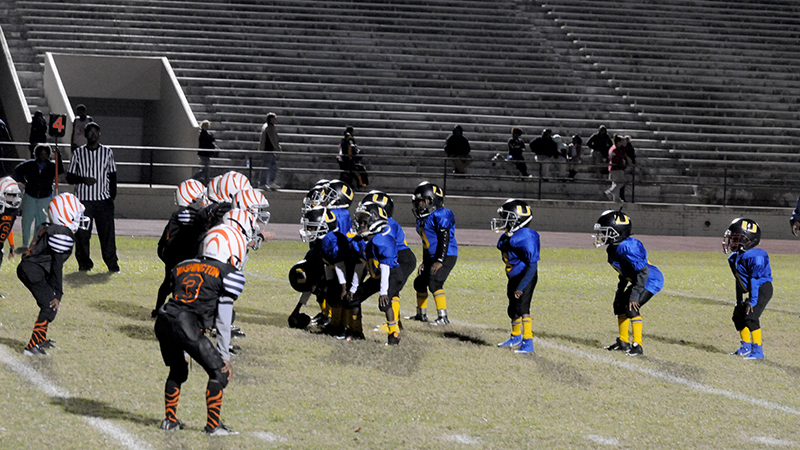 Registration for the city youth football league has been extended to Sept. 5 to provide more opportunities for kids to sign-up.

The youth football league, which typically has more than 200 players, had a decline in numbers during the original registration period, according to Curtis Wimberly of the Parks and Recreation department.

“The numbers are a little low,” Wimberly said. “We usually have between 200 and 250 kids in the football program, and to date we have maybe 160. We extended registration to make sure we give parents the opportunity to bring their kids in and sign them up so we can have a viable league.”

Some of the older kids who used to play in the city league have now advanced to play for their middle school teams, which may have contributed to the early shortage of players.

Children ages 5 through 12 are encouraged to sign-up. Registration costs $10, and the city provides the jersey’s and shoulder pads for the players.

The city’s recreation department office at Memorial Stadium will be open Monday through Friday from 8: 30 a.m. until 4 p.m. to accept registrants. Interested players only need the registration fee and a copy of their birth certificate.

The season is scheduled to begin on Sept. 15, and the recreation department aims to have as many teams ready as they can for the start of the season.

“Youth football builds character and helps with the overall health of the child,” Wimberly said. “It’s a learning experience. They’re teaching responsibility and team work. The city recreation department is working hard to provide a service for our youth, so they can have something constructive to do during the fall and year-round.”