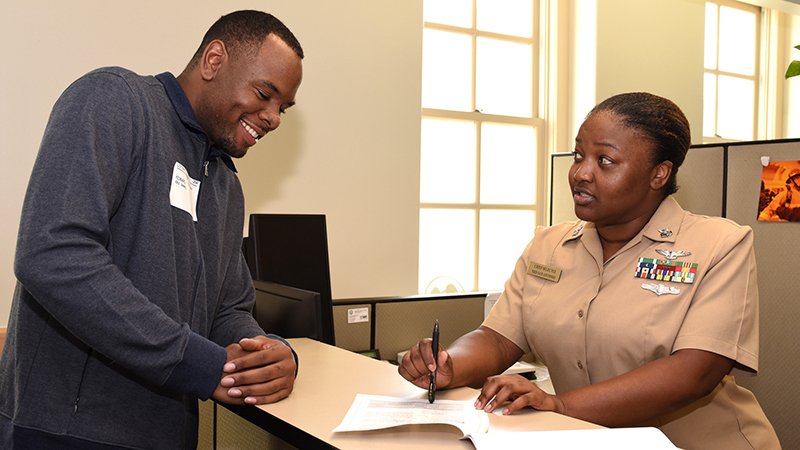 “The team, to include our civilians and contractors, were able to identify discrepancies, correct them, upload each and every service record document and ensure that every individual arrived to basic training on their assigned date and with all required documents,” Harris told Navy Community Outreach this week. “Because of their efforts, the Navy team was able to ship the highest shipping numbers in July.”

“Personnel Specialist 1st Class Elbony Harris led this tremendous feat without fail or flaw,” Elias said.  “Having been recently assigned this position, she immediately took complete control and ensured that the entire month went without a hitch.”

Harris is a 2002 graduate of Keith High School in Orrville.

Volunteers step in for annual cleanup