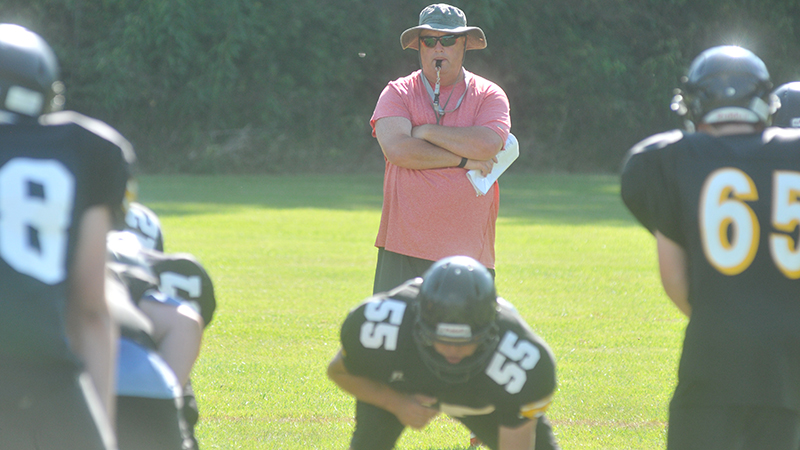 The Meadowview Christian Trojans have one final home preseason test Thursday evening with a preseason Jamboree game against Macon East at 6:30 p.m.

The Trojans learned a lot about themselves from their first scrimmage, and the exhibition with Macon East will test their progression.

“Macon East is traditionally a very good football tea,” Trojans head coach Bob Taylor said. “It’ll be a good chance to see where we are.”

The result of the Jamboree game won’t count toward the Trojans’ win-loss record, but it does provide another live-action look at the team before the season officially opens.

According to Taylor, Macon East head coach Glynn Lott used to be an assistant coach for Meadowview Christian in the early 1990’s.

“[Lott] was excited about getting a chance to come and help us get things moving back in the right direction in 11-man football,” Taylor said.

The Trojans didn’t have their best showing against Evangel this past Friday, but Taylor was encouraged by a good week of practice this week.

“We had a pretty decent week after our scrimmage,” he said. “We were able to see what we did good and what we did bad, and had a chance to work on it. We’re still trying to work on all the little things from making the move from eight-man to 11-man. We’re still in the learning process of what we’re trying to accomplish.”

The Trojans treated this week’s practice the same as in previous weeks. Instead of switching to specific game preparation, Taylor focused his players on maintaining the same level of focus and energy that they have been developing in practice.

“We didn’t really deviate from what we’ve been doing the past few weeks just to continue that momentum,” he said. “We’ll get more into game week preparations next week. The players are excited about playing. The biggest thing I want to take from [tonight] is us being able to compete every play, execute offensively and defensively and play to the standard we’re trying to get to.”

The Trojans have the only home football game on the schedule this week. After the Jamboree exhibition, Meadowview’s next game will be a home game on Aug. 31 against Jackson at 7 p.m.