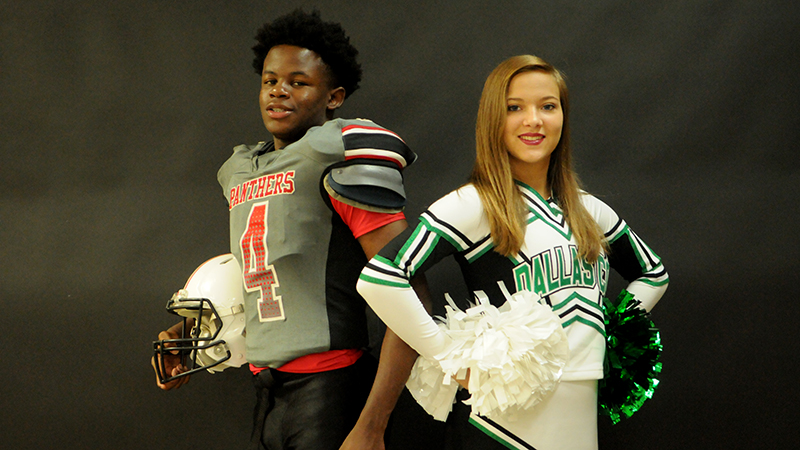 The pair had the most liked photo in the Facebook cover photo contest. As of Sunday’s afternoon deadline, Carter and Frederick’s photo had received more than 2,600 “likes” on The Selma Times-Journal’s Facebook page.

A late surge brought Morgan Academy’s Ed Williams and Keith High School’s Amberneshia Cowan in to a close second place with just under 2,500 “likes” before the deadline.

A football player and cheerleader from each of the local schools in Dallas County participated in the cover contest.

The annual football preview magazine will be published at the end of the month.