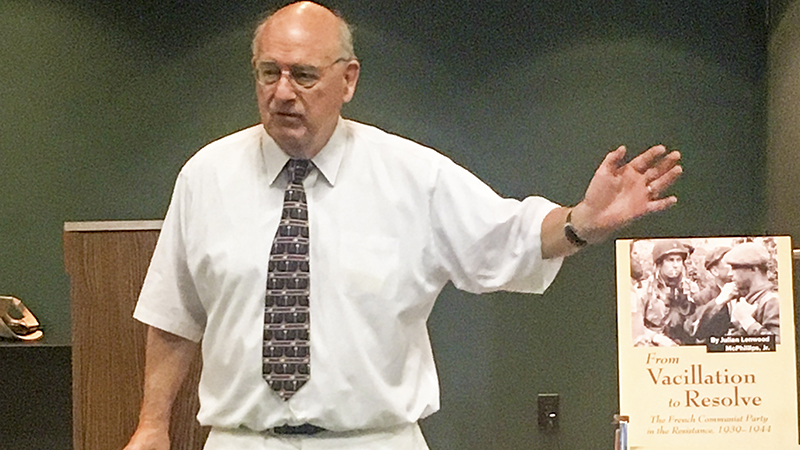 The Black Belt Community Foundation and the Truth for Racial Healing and Transformation hosted its first speaker for their visiting speaker series at the Selma-Dallas County Public Library Friday afternoon.

McPhillips discussed his three books, “Civil Rights in my bones”, “The People’s Lawyer” and “From Vacillation to Resolve.”

“I’m gonna tie some things into Selma, but beyond that I am going to talk to about what a delight it is to be able to get into a hobby like writing,” McPhillips said. “Writing is an art just like painting.”

He said he is a champion for the rights of people that, otherwise, would not have a fighting chance.

McPhillips said he enjoys being able to help through his profession.

“I’m in the lawyer business of helping people whose odds are in the ditch,” he said. “It is my longtime career to stick up for the underdogs and going to bat for them against tougher circumstances.”

He said there is a lot of relation to the underdogs and their plight in his book, “From Vacillation to Resolve.”

“The French were underdogs against the Nazis,” he said.

McPhillips also spoke to the crowd about founding the Fitzgerald Museum in Montgomery 30 years ago with his wife.

After the presentation, the floor was open for questions from the audience.