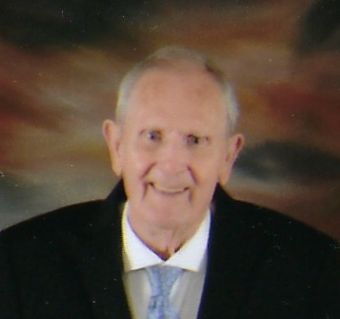 Marshall (Mark)  David Blanton of Hoover,  passed away on May 3, 2018, at St. Vincent’s Hospital in Birmingham.  Born in Chinquapin,  North Carolina  to James and Eunice Blanton, Marshall spent his formative years in both North Carolina and Virginia.

Upon finishing High School, Marshall first served in the US Marine Corps Reserves before joining the US Air Force, serving 23 years beginning in Montgomery  where he met his first wife,  Shirley Hill,  in 1958.  After various tours of duty that included Pakistan, Italy, Japan, Viet Nam,  and several tours in Texas,  he retired in San Antonio in 1979 and carried on working  as a carpenter at various places, including   St. Mary’s University.

Following the failing health of his wife’s parents, he and Shirley moved to Selma in 1989  in order to care for them, and Mark held various positions around town until Shirley’s poor health and death led to his retirement.  In 2017, he married Darlene Lawrence and moved to Hoover, AL  where he found new friends, an extended  family, and in his own words,  “a new lease on life!”   In all his travels, Mark was renowned for his honesty, his integrity, and the story telling that made him easy to like and hard to forget.

Preceded in death by his parents, his brother Macon B Blanton, his first wife Shirley, and two nephews (Ted and Mark).    He is survived by his wife, Darlene;  daughter, Lynda Atwood; son, Kenneth Blanton (Claire Ewins);  and three granddaughters, Brooke Palmer, Elodie and Amelie Blanton;  a sister-in-law, Viola Blanton, as well as many nieces, nephews and step-family members.