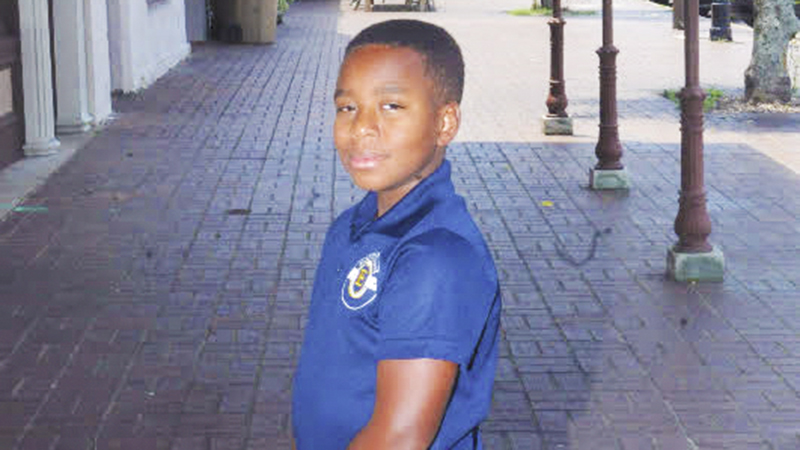 Amarii Rucker, 12, will be entering the ninth-grade at Meadowview Christian School this upcoming school year, and is recognized by many to be an exceptional, young scholar who has his future thoroughly planned and is diligently striving to achieve it.

Rucker’s intelligence has given him the opportunity to skip many grade levels, as he said the work presented to him was unchallenging and easy to comprehend.

“When I was six, I used to live in Louisiana and attended a school called Westminster Christian Academy and it was a really good and advanced school,” Rucker said. “When I came to Ellwood, it wasn’t as challenging, so I didn’t have to put that much work into it because I pretty much knew everything they were giving me.”

Rucker attended Ellwood Christian Academy in the second-grade, however, before the conclusion of the first semester he had moved to the fourth-grade.

“It really taught me about the college life and how you have to be responsible and keep up with your work,” Rucker said.

Rucker said when he is older he wants to become a neurosurgeon. He credits his mother for inspiring his future career.

“My mom used to work at a hospital and she was a nurse,” Rucker said. “When I used to go to her job and see her work, it inspired me to help people. So, I found something interesting to me in the medical field, which was a neurosurgeon.”

As a backup plan, Rucker said that he would want to be an engineer or a forensic scientist.

Aside from education, Rucker said his hobbies include playing a variety of different sports.

“I like playing sports; I play basketball, baseball and football, though, basketball would have to be my favorite sport,” he said.

Rucker plays football for Meadowview Christian and baseball for the city league. He said it feels good to participate in the sports he is fond of.

“It feels good to be involved,” Rucker said. “It takes lot of hard work and special dedication.”

His father, Kenyotta Rucker, said he is proud of his son and the accomplishments he has achieved.

“I push both of my boys to strive to be the best in anything,” he said. “I tell them at home that being average is not allowed. They work hard and if they are really invested in something they put forth the effort. As long as they are putting forth their best effort, I’m proud. It does scare me a little that he is 12-years-old going to the ninth-grade, but at the same time I’m excited about it. I look forward to all that he is going to do in the future.”

Rucker said he is looking forward to the upcoming school year and the future that awaits him.