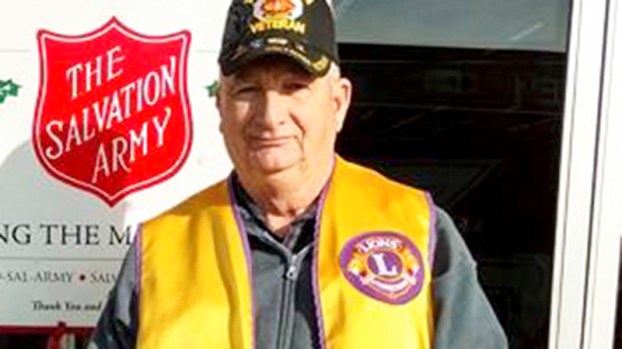 Years of Service: John Haskell has been serving the community with the Selma Lions Club since 2005. Haskell is the Time's Journal's Volunteer of the Week.

John Haskell likes to work behind the scenes. The retiree and devoted husband has been a member of the Selma Lions Club since 2005. In his 13 years with the organization, Haskell has held several positions. He is the current fair manger, fair grounds keeper and eyesight conservationist.

“Whatever needs to be done, I try to help out,” Haskell said.

In 2014, at its annual convention, the Alabama Association of Fairs named Haskell the “Fair Manager of the Year.”

Since August of 2009, Haskell and his wife have been participating in the Emmaus Walk about six to10 times a year.  The Emmaus Walk is a 72-hour spiritual journey, and during those three days, he and his wife cook three meals a day and wash dishes for about 14 hours a day. Haskell’s wife, Linda, said after they both retired they decided they wanted to start going back to the retreat as often as they could to volunteer.

“[Volunteerism] brings everybody together,” Haskell said.

Haskell said the Selma Lions Club does a lot in the community, and he is more than happy to participate in such a giving organization.

The organization’s primary focus is vision preservation, and their two main fundraising events are the Central Alabama Fair and the crawfish festival. Throughout the year, the organization also participates in other volunteer efforts.

“We ring the bells for the Salvation Army during Christmas time, and we helped out this year with Relay for Life,” he said.

Without volunteers, Haskell said the organization would not be able to provide the services they provide to the citizens of Selma.

“[Haskell] is willing to do whatever he has to do,” she said.

Dunaway said Haskell’s commitment to the community is admirable.

“He doesn’t make people wait,” she said. “He’s pretty prompt about handling issues, and that makes a difference to people in the community.”