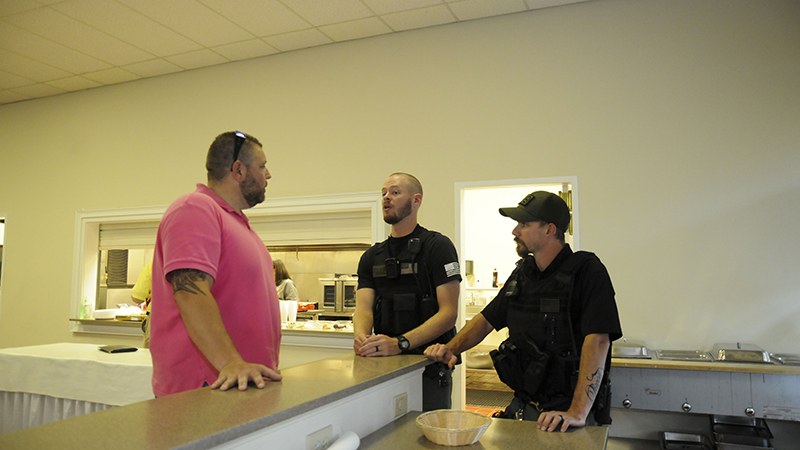 The forum had 70 residents attend, and the entire audience spoke about improving the Queen City.  The attendees ranged from retirees, ministers, attorneys, policemen, council member and teachers.

The audience was united on four key points: improving the Selma Police Department and Dallas County Sheriff’s Department, neighbors reporting crimes, be friendly to your neighbors and figuring out the city’s financial status.

The audience agreed that every step is necessary to end the recent wave of violent shootings in the area.

The audience took Eiland’s word to heart as several positive ideas floated through the room.

“We need to start acting like a family again,” Ashley Sparks-Colburn said. “As citizens, we need to be more active in supporting the youth before they get involved in crime.”

Special Operations Cmdr. Michael Kiser of the Selma Police Department said the department is working effortlessly to end the violence.

Dallas County District Attorney and a member of the Alabama Drug Enforcement Task Force, Michael Jackson urged the residents to get involved with assisting the area’s law enforcement.

“If you know a street or home that needs to be hit, call my office,” Jackson said. “The Selma Police Department is doing a good job, but they need your help. The Task Force will get rid of the violence in Selma. And let the judges know to be tough on the suspects. I’m seeing a lot of the same people.”

The audience inquired about the city’s financial status on why law enforcement hasn’t gotten an upgrade.

“We have to pay police officers like we expect them to put their lives on the line,” Youngblood said. “We need to pay them more than minimum wage. We need a financial specialist to do an assessment. We need to raise funds.”

“We need to make ourselves known and rise up as a united front,” Saving Selma Lives co-protest leader Mary Carter-Simmons said. “Both sides need to hear each other.”

Prince Chestnut, a State Representative in District No. 67, was pleased with the forum’s energy and enthusiasm.