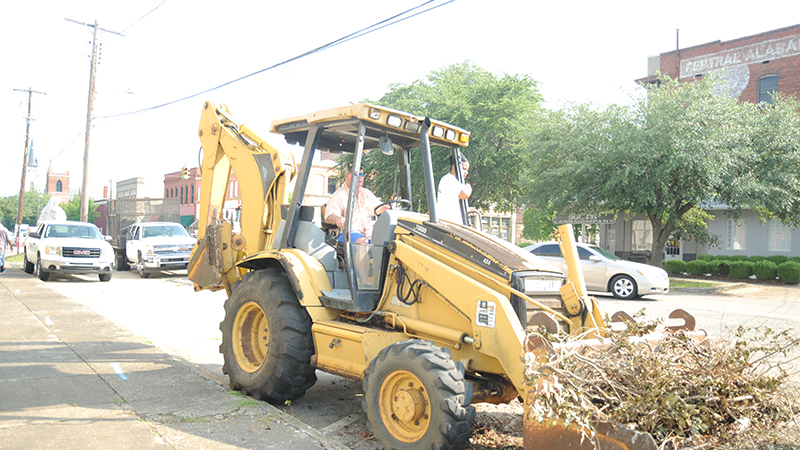 Over 100 Dallas County residents showed up to participate in the Resident in Service United in Partnership (RISE UP) on Saturday at Cornerstone Presbyterian Church.

Equipment, including BushHog tractors, lawnmowers, and weed eaters, valued over $500,000 were donated to the cause.

“It was inspiring to see the response to the RISE UP initiative where Selmians proved we come together to work towards a common purpose,” Jackson said. “I’m so thankful to each and every individual, agency, government entity, business, and church who gave of their time, effort, and resources.”

Eiland, who was part of the RISE UP presentation at the City Council meeting on June 26, saw the event as a community-builder.

“I thought it was a great way to get the county involved,” Steward said. “I’d like to have seen more participation from the city of Selma as a partner to this.”

Harrellson was also critical of the city’s lack of support with RISE UP.

“The city could’ve provided us with more trailers so we could’ve gotten three times more work done,” Harrellson said. “Steward and I both offered to pay for them. The code officer needs to do something about this trash.”

“The whole deal is God has blessed us,” Wood said. “Blessings aren’t for us to take, it’s to pass it on to the next person.”