What will happen to the National Voting Rights Museum? 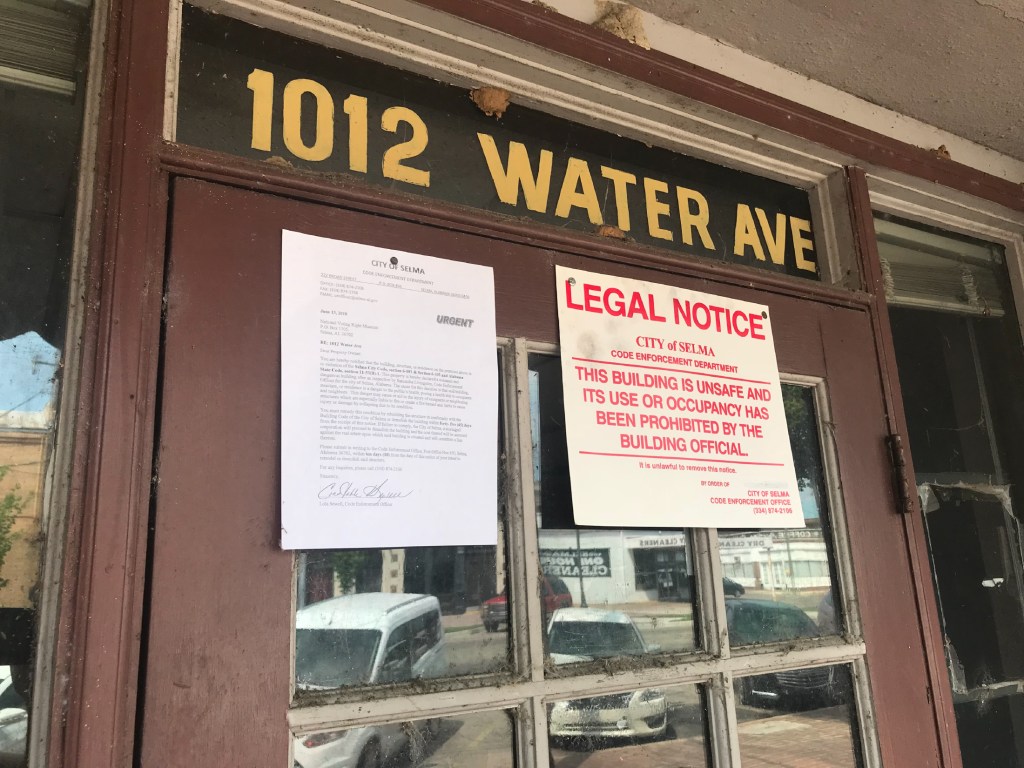 The warning was placed on the doors of the old Voting Rights Museum on Friday morning that gave the owners 10 days to either fix the building or demolish it completely.

There are mixed emotions for both choices.

For one, preserving history is an important part of Selma and Dallas County.

We are a historical city, and Selma is nationally known for the rich history that took place here in the Civil Rights era.

This museum is part of that, but one point to consider is that the museum moved to a new location in 2010 on Highway 80 East.

The building does admittedly seem a feat to repair.

How much would that be to fix?

Or will the owners come up with the money needed to fix the building?

However, the question remains what would be put in the building if it is repaired?

The decaying building is also an obvious safety concern, according to the warning.

We are concerned being adjacent to this building in the current state that it is, and the possible damage it could cause to our building and the other business owners who are adjacent to the aging museum.

While we do not know what the decision will be, we do know that now there is a time frame in which a choice must be made.

In 10 days, we will know the outcome.

Getting a head start