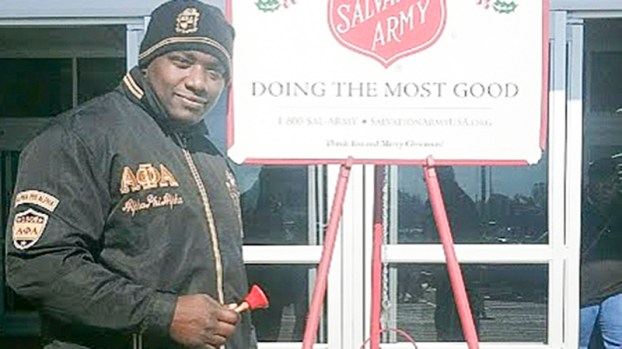 Kenyotta Rucker enjoys working with the youth of Selma and Dallas County. A father of two boys, he said he sees the value in being a mentor to so many young men in the area.

Rucker joined the Delta Pi Lambda Chapter of Alpha Phi Alpha Fraternity, Inc. (Alphas) in 2014. Since its founding almost 112 years ago, community has been one of the organization’s main objectives.

After joining the local Alpha chapter, Rucker has been diligent to its service values.

“I am a mentor for our Alpha Academy, which is our mentoring program within Alpha Phi Alpha,” he said. “We work with young middle school and high school students, teaching them the way and how to be men.”

Project Alpha is another one of the organization’s initiatives that Rucker is involved in, and he said it allows the young boys to receive education on several important topics. Rucker said the curriculum based initiative is important for the young boys because it teaches them responsibility and helps them make smarter decisions.

In addition to mentorship, Rucker also participates in the March of Dimes and the Alpha’s “Go to High School, Go to College” program.

“It’s a program where we invite local high school students to [come out to Selma High and receive information] from colleges and military,” he said.

Rucker is an active member in the organization, and his fraternity brothers saw it fit to recognize him for his service.

“I was selected as the 2015 Neophyte of the Year by my fellow chapter brothers for my service in the community,” he said.

Rucker is the president of the Selma-Dallas Panhellenic Council, coach for YMCA and local youth teams, works with the youth department at Ellwood Community Church and is the health and wellness director for the church. He is also a charter member of the 100 Black Men of Selma. He said including his two sons as mentees in the program was important to him.

“A lot of the mentee work and volunteer work I do I like to include my children so they can see the work that needs to be done,” he said. “It helps provide them a sense of urgency when it comes to the need of volunteerism in the community.

Rucker said the organization has a mentoring program similar to Alpha Academy where the young men have opportunities to receive mentorship by some of the community’s brightest leaders.

“We have a mentoring program called the Emerging 100 where we teach the youth about finances, health and wellness and education,” Rucker said.

He said through it all his proudest accomplishment through his many hours of service is knowing that he has made a difference.

“I get excited when I’m working with the youth, and I see that the time I am spending with them has an impact in their lives,” he said.

On Wednesday, children engaged in a dancing program taught by an experienced dancer at the Selma-Dallas County Public Library. Dance... read more