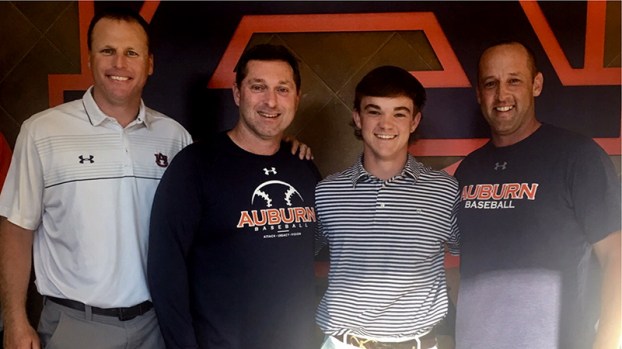 “When I went on my visit, it felt like home,” he said. “It’s been a dream of mine to play in the SEC for as long as I could remember. It is just something I felt like I wanted to do and what God lead me to do.”

Brown received a baseball scholarship offer from Auburn, but he was also considering Samford University for his college choices.

“Auburn is just where I felt like I needed to go,” he said. “I was going to choose when I went on my visit, and it felt like home.”

During his junior season at Morgan Academy, Brown played in 30 games for the Senators. In 108 plate appearances, he hit .422 with an On Base Percentage of .556. He hit five home runs and drove in 37 RBIs.

He was one of the five Senators selected to the Times-Journal’s first-team all-county roster.

Brown will be joining his teammate Gunnar Henderson, who has already committed to the Tigers.

The Auburn Tigers baseball team was one of the best programs in the country this past season finishing No. 9 in the last USA TODAY Coaches Poll. They finished the season 43-23 and went to the NCAA Super Regionals were they were defeated 3-2 by Florida in the elimination game.

Auburn had six players taken in the 2018 MLB Amateur Draft, including No. 1 overall pick Casey Mize, who was selected by the Detroit Tigers.

Morgan Academy’s Gunnar Henderson was selected to join the top high school baseball prospects in the country at the Under... read more