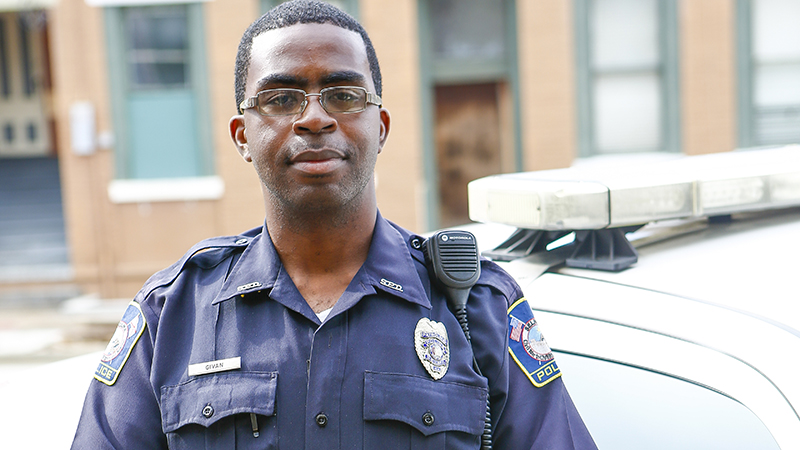 FIRST RESPONDER: Officer Broderick Givan has been with the Selma Police Department for almost five years. Givan the Time Journal’s First Responder of the Week.

The Selma Police Department hired Broderick Givan almost five years ago. He has loved his job since.

“I chose law enforcement because I feel like I work well with people, and I like working around people,” he said.

Just like any other job, Givan said there are some difficult things about being an officer.

“One of hardest things about being a police officer is dealing with the death, whether it’s natural causes or murder,” he said.

Being on the Selma Police Department allows Givan to remain in close proximity to his parents who are getting older and has some health issues.

“It fit well for me to stay here and help out with my parents since they are older,” he said.

The close proximity also allows him to spend some quality time with his parents. When Givan is not working, he enjoys a nice day out fishing with his dad on the Alabama River. He also enjoys going to the gun range, going to gun shows and shopping for equipment from bass pro shops.

“I love anything to do with the outdoors,” Givan said.

Although he loves his small hometown, working in a small town can be a challenge within itself.

“Everybody does know everybody. Sometimes that can work against you, and sometimes it can work for you,” he said. “We try not to get too involved in it, but sometimes if we’re close to someone or their a family member we have to ask another officer to step in so it won’t be a conflict of interest.”

He said the reason it’s important to remember to keep personal relationships separate from work because they can affect your ability to do your job.

“You’re here to do your job, and sometimes those family members or friends can cloud your judgment,” he said.

“We do the best we can, and there are a lot of things that we can’t control,” he said. “I just want the citizens to know that officers are trying.”