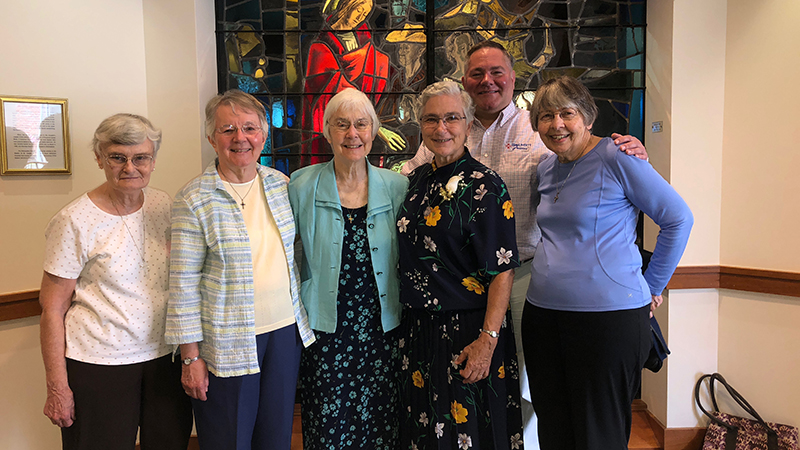 This past weekend, Edmundite Missions CEO Chad McEachern visited Rochester, New York for the Jubilee celebration of 50 years of service and commitment from another Missions member, Sister of St. Joseph (S.S.J.) Kathy Navarra.

According to a press release, Navarra is dedicated to communities throughout the Black Belt and serving in the mission’s New Possibilities Youth Program and also rural programs.

“Since 1940, when the Sisters of St. Joseph joined with the Edmundite Missions to serve those in need in the Deep South, we’ve had a special relationship built on the compassion for the poor and the desire to provide dignity for all of God’s children,” McEachern said. “Sister Kathy has served as Christ’s hands and feet in the lives of so many in poverty throughout the Black Belt.”

Along with McEachern and Navarra, other people who attended the celebration included S.S.J. Barbara Lum, who served as U.S. Congressman John Lewis’ nurse after the incidents of Bloody Sunday; S.S.J. Pat Flass, who still serves in the Catholic Social Ministries Office in Selma; S.S.J. Nancy Clark and S.S.J. Janet Connorton, both of whom served in the Missions and Social Ministries for many years.

McEachern said that the Missions continues to have a productive and fruitful relationship with the Sisters of Saint Joseph.