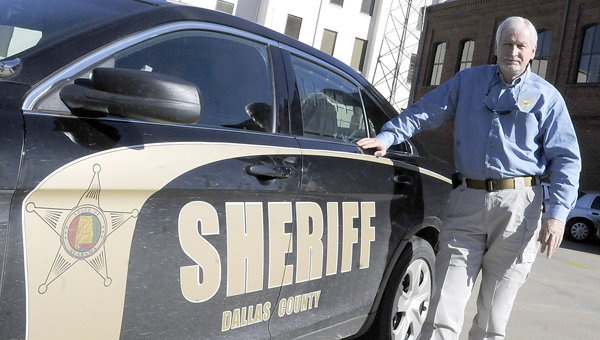 Sheriff Harris Huffman has qualified to run for his sixth term as the head of the Dallas County Sheriff's Department. Huffman was first elected as sheriff in 1994.

Harris Huffman Jr. has mixed feelings about retiring as the Dallas County Sheriff.

Huffman decided not to seek re-election after serving six terms. His 24-year tenure ends in January. He’s worked a total of 38 years in the Dallas County Sheriff’s Office.

“It’s a bittersweet decision that I’m retiring, but after 38 years, it’s time to go,” Huffman said.

“When I first came in, I wanted to update the Sheriff’s office with computers and new equipment, we did that,” Huffman said.

The department’s growth continued under Huffman over the next 20 years.

Pay raises for the employees, Dallas County jail expansion, and number of deputies doubled. Since 1994, the staff in the county jail, Sheriff’s office and 911 center increased from 47 to 82 employees. The department went from having seven deputies to 17.

“The pay scale bumped up at the county jail and Sheriff’s office,” Huffman said. “We got better equipment.”

Huffman values Project Lifesaver, a program he started. It’s a program allowing a person with Alzheimer’s to wear a wristband that emits a signal for authorities to tap into if the person gets lost.

“I’m proud of Project Lifesaver,” Huffman said. “The Alzheimer’s Outreach Group in Selma donated a drone. We sent our deputies to school to learn how to use it. All the person has to do is pay $10 for a battery. If a person doesn’t have the money, our deputies usually chip in to buy the battery for them.”

Education was also a top priority for Huffman. Many of Dallas County’s deputies received training in the classroom.

Huffman, 64, has a decorated resume in law enforcement before becoming Dallas County Sheriff. He started as an auxiliary police officer with the Selma Police Department. He was hired as an identifications officer at the county jail. From there, Huffman became a narcotics and criminal investigator with the sheriff’s department. He eventually became Sheriff and loves the atmosphere within the department.
“We’ve always tried to run the Sheriff’s department like a family,” Huffman said.

The lowest moment in Huffman’s tenure came on Dec. 14, with the untimely death of Chief Deputy Randy Pugh. The 1980 Southside High School graduate was chief deputy under Nichols and Huffman.

The biggest blow was losing Pugh,” Huffman said. “He was my right hand for 23 years. We talked about retiring at the same time.”

Huffman is confident in his successor, Sheriff-Elect Mike Granthum. The captain defeated Michael D. Goings 5,933 to 4,749 votes with 52 percent of the vote on June 4.

“Mike’s got a good head on his shoulders, well-educated for the job and is a good people person,” Huffman said.

“Huffman will be greatly missed, but Mike will come close to filling his shoes,” Ballard said.

Starting in January, Huffman will shift his focus to family. All of Huffman’s attention will be on his wife, Leah; daughter, Stacy; stepdaughters, Naomi and Jessica, three grandsons and a granddaughter.

“I plan on spending time with my family,” Huffman said.