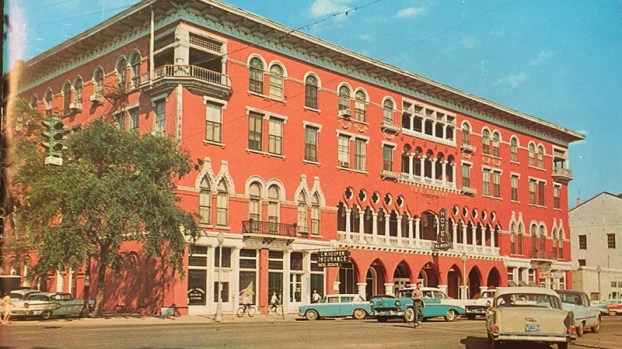 “The Heart is a Lonely Hunter” garnered a lot of attention and success when it was released 50 years ago. The city of Selma served as the main backdrop for the movie, and since then things have changed. During the filming of the movie, the Wilby Theater was the main theater in town. While filming, the Wilby was used in several scenes in the movie as a backdrop providing a small piece of Selma’s history on film.

Once, the Academy of Music, the Wilby stood tall at the center of Broad Street until it burned down in 1971.

Now in the space where the theater once stood is the Selma- Dallas County Public Library. The library was built in 1976, and later renovated in 1995.

Becky Nichols, executive director of the Selma- Dallas County Public Library, remembers going to the Wilby when she was younger.

She said the spirit of the building still lives on through the library.

“The Wilby that I attended years ago was a place where people came together and had a wonderful time, Nichols said. “The library has inherited that same fellowship, so I feel pretty good to be occupying that same spot.”

Even though, the library is not a movie theater or a concert hall, she believes there is still some entertainment flowing from the building and into the community.

Buddy Swift, owner of Swift Drugs, was an extra in the movie and can remember some of those same changes.

“The Hotel Albert was on the spot where the City Hall is now,” Swift said.

The hotel was demolished in 1969, just one year after the movie was filmed.

There was also a scene in the movie where two of the main characters had dinner on the balcony of the hotel.

Swift said if you look closely you will catch a view of the hotel in one of the opening scenes as well.

Not only was the film shot in Selma, there were several parts of the movie filmed in other neighboring cities as well.

The opening scene is shot in downtown Marion in front of the Marion Courthouse.

“The inside was filmed inside of the old I.J. Hicks Roger Butler Jewelry store,” Swift said.

Although many of the buildings featured in the movie are no longer in existence, some are still standing.

The fair scene, which had many Selma residents as extras, was filmed at Bloch Park.

“They could probably still make the same movie here,” he said. “Some buildings may be too modern and they may have to change the shots around, but I would think they could still make it here.”

Walking along the beach during her travels is one of June Sullivan’s favorite things to do. She also loves crossroad... read more