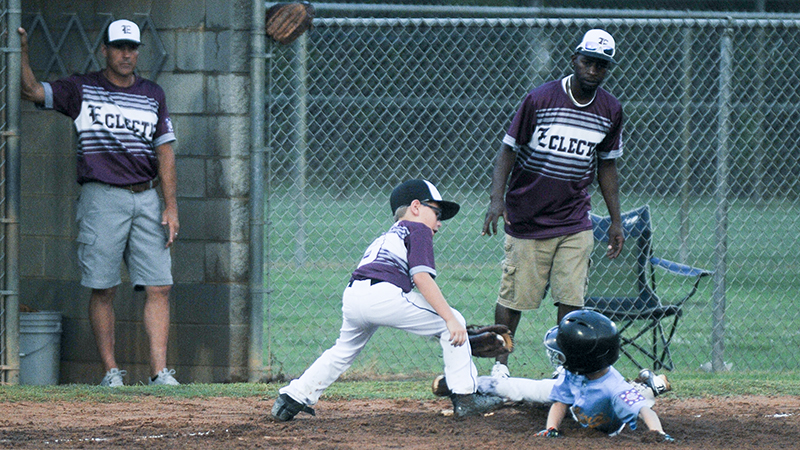 The grass was still wet and the dirt was caked up around each base Tuesday night as the 8U all-stars from Selma and Eclectic played for the Dixie Youth Baseball district championship.

Trailing 6-2 going into the final inning, Eclectic scored five runs to come from behind and take a 7-6 lead.

The Selma all-stars got two hits to lead off the bottom of the sixth inning, and tried to find a way to counter with a walk-off.

But three consecutive groundouts to third base ended the game and made Eclectic the district champs.

“We didn’t hit the ball in character like we normally do, and that was the difference in the ball game,” Selma 8U head coach Lyn Britt said.

After the game, the players from both teams were awarded individual medals for making it to the championship game. Selma was presented with the runner-up trophy and Eclectic took home the championship trophy.

Selma had a strong run through the district tournament, as the championship game was its only loss.

The championship game was to be played Monday evening, but weather postponed it until Tuesday.

Even though the Selma all-stars came in second-place, the team still qualified to play in the state tournament in Dothan in July.

With the game behind them, the Selma 8U all-stars will return to the practice field to prepare for state.