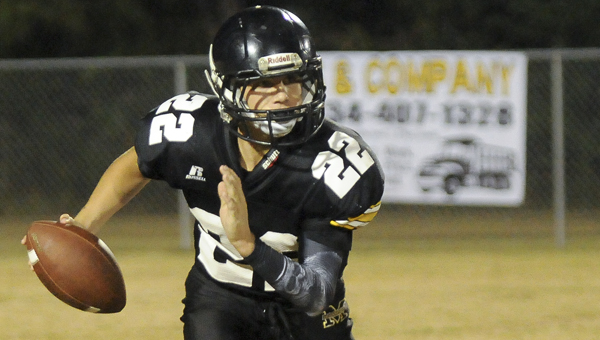 Meadowview Christian School went 1-7 last year in the ACAA league. The school has decided to re-join the AISA for the 2018-2020 cycle. (Photo: Blake Deshazo)

Meadowview Christian School (MCS), whose baseball, basketball, softball, volleyball and track and field programs rejoined the Alabama Independent School Association (AISA) this past May, and now the football program will be re-joining the AISA as well.

After North River Academy informed the AISA office that their football program wouldn’t be participating in the 2018-2020 cycle, Meadowview Christian agreed to take their place in Class A Region 2 and assume North Rivers’ schedule.

The MCS Trojans football program was last in the AISA in the 2013 season before joining the Alabama Christian Athletic Association (ACAA), where they played six and eight-man football.

“The Alabama Christian Athletic Association was very good to Meadowview while we were there,” Taylor said. “But we just felt like this was a move that could be made to help our school continue to try and grow more, and get back to some of the traditional teams that Meadowview had played for years.”

The Trojans will be returning to the traditional 11-man game this upcoming season.

“Just getting back to playing 11-man is going to be an adjustment for some of these kids that haven’t had the opportunity to do that,” Taylor said. “It provides us with an opportunity to grow the program.”

Playing in 1A will put the Trojans up against comparable sized schools with roster numbers in the low-20’s. For the players, playing on both sides of the ball will remain a constant.

“9-12, we’re pretty close to that number right now,” Taylor said. “We’re probably going to play around a seven or eight-game schedule against mainly schools our size. We feel like we can get back and be competitive against the teams we’re playing, and then try to build our program from there.”

The Trojans have already begun their offseason workout program, and will participate in 7-on-7 camps later this summer.

Last season, Meadowview only had two seniors on the roster and finished with a 1-7 record. The previous headmaster and football coach Micheal Blair stepped down, and Meadowview hired Taylor and coach David Shaw earlier this summer to take over the football program.

Dallas County alumnus Lee works out for Lakers before…