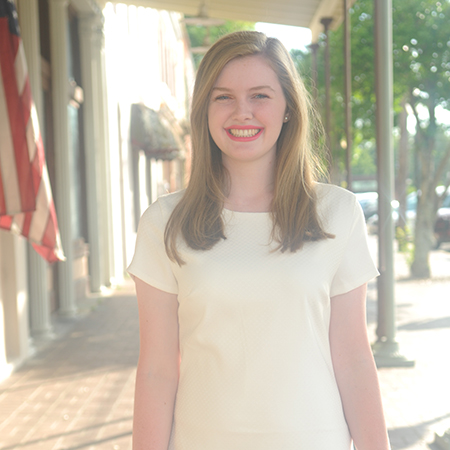 Baking chocolate chip cookies is sure to put a smile on Kellee Scheer’s face, but when she found out she was valedictorian of her senior class at Morgan Academy her joy was unmatched. Scheer graduated this May with a 4.17 GPA.

“I worked really hard for several years, and it was just a big honor to finally see that hard work pay off and be honored by my school,” she said.

Her hard work was put to the test when she had to learn to balance between school and extracurricular activities. She welcomed the challenge, worked harder towards prioritizing her studies and came out the victor. She said being active with her church and practicing piano were two of the main things she had to learn to work into a balance with school.

However, she plans to take some of that dedication to Aggie town as she plans to attend Texas A&M in the fall and major in chemical engineering.

“I’m really excited and I feel like it’s gonna be a great fit forr me,” she said.

While there, Scheer will have to remember those balancing strategies as she plans to take on other things as well.

“I really would like to do some research while I’m in college and move on to the pharmaceutical industry,” she said.

A career in the pharmaceutical industry is close to Scheer’s heart, and she plans to make a difference in the field.

“I just find it really fascinating how different medicines and drugs can be developed to treat problems,” she said. “The development of these new drugs can change life drastically.”