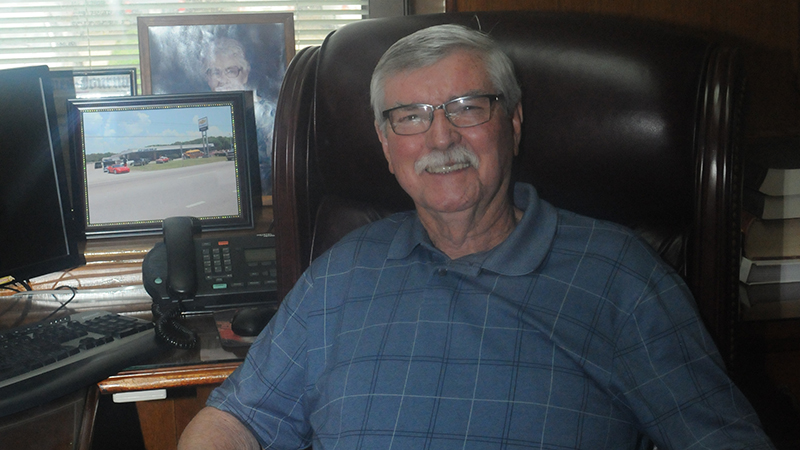 A lot can change in 33 years and Judge Kimbrough “Kim” Ballard has seen his fair share of changes. However, for the last 33 years as a Dallas County elected official, Ballard’s dedication to the citizens of Dallas County has been unwavering.

Ballard moved to Selma in 1967 and worked as a door-to-door insurance sales agent and later manager.

Prior to moving to the city, he never thought he’d have a career in politics.

He said his first attempt to run for city council ended with him losing against his opponent, but later ran again and won.

He still believes his door-to-door campaigning strategy is the best way to get out in the community and ask for support.

“Out of the workload I have everyday it’s almost equal, commission business as opposed to probate business,” he said.

Ballard said one of the most important things to him is being accessible to the people. He said even when he’s not in his office he makes himself accessible to the needs of the community, however he always makes time for his family.

“Work is my hobby, I don’t neglect my wife, kids, or grandkids, I talk to them everyday,” he said.

He has been married for 27 years, has three daughters and all grandsons.

An avid University of Alabama football lover, Ballard’s office is decorated in the school’s paraphernalia and pictures of his family.

One fact about Ballard is, for years he didn’t know how to spell his name, so he started shortening it to “Kim”.

He was named after Dr. Cecil Kimbrough of Marengo County.

For 12 years, Ballard has held the probate judge position and he says when faced with any decisions, he first asks God for guidance.

This year marks the last term as probate judge for Ballard as he will officially be retiring this year.

“All things have to come to an end, I’ve realized that,” Ballard said.

One of the hardest things Ballard has had to deal with while in office is the change in his health.

In December 2015, Ballard’s health took a turn for the worse as he had a stroke in his office that left him unable to speak and paralyzed on the right side of his body.

“I thought [the stroke] was gonna take me out completely,” he said.

Ballard said it was God that got him through the hard time. He has since regained his ability to speak and some motor functions on the right side of his body.

Aside from the constant support of his family, Ballard has the support of the county commission.

Although, Valerie Reubin, Dallas County Commissioner District 1, has only worked with Ballard for a few years she has known him longer than the other commissioners. With a relationship spanning more than 30 years,

Reubin described Ballard as a fair leader and she has enjoyed her time working with him.

After 20 years of knowing and working with Ballard, Roy Moore District 2 commissioner said he will be missed in county commission meetings.

Moore is confident in Ballard’s leadership and believes he is knowledgeable in the position.

“He takes his time to make sure we make the right decision, “He’s a smart guy he knows what he’s doing.”

Moore said Ballard is beloved in the community, as well as the local  political world.

“He a likable person,” Moore said. “I don’t know of anyone that doesn’t like Judge Ballard.”

Curtis Williams District 3 Commissioner has worked with Ballard for 20 years.

“We started out as county commissioners together.” It has been a good relationship in terms of working with Judge Kimbrough Ballard.”

Much like Reubin, Williams believes Ballard is a fair, but yet firm leader.

He said Ballard does a great job working with the county administrator, Barbara Harrell, to make sure budgets for all department heads are in line.

“Every year we’ve had a balanced budget since Judge Kimbrough Ballard has been in office,” Williams said.

He said Ballard will be missed and it has been a marvelous experience working with him.

There are currently six individuals vying to fill the seat, and with primary elections coming up June 5, Ballard has some advice for the candidates.

“I would urge him to always make money available to the sheriff’s department,” Ballard said.

He said the with a constant rise of crime in the community there is even more need to support the local officers. He also wants the new judge to understand that the position of probate judge is to be available to the people’s needs.

Judge Ballard’s last day will officially be Dec. 31 and the newly elected probate judge will assume the seat January 2019.