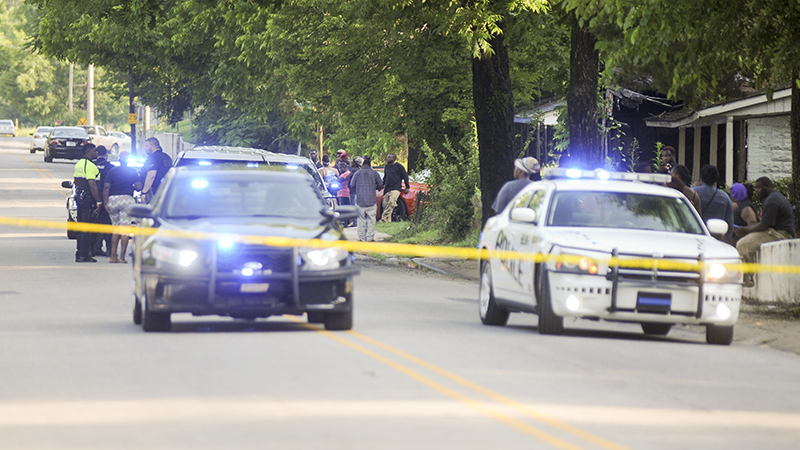 Bullet casings lied scattered on the ground in front of the Northern Heights Presbyterian Church marquee Wednesday afternoon after a shooting sent two victims to the hospital.

At approximately 6 p.m. the suspect(s) fired multiple shots from a vehicle at a female and male victim in a grey Honda.

“The initial investigation indicates that the female victim was not the intended target,” Selma police chief Spencer Collier told the Times-Journal in a text message. “Investigators believe the male victim was the target.”

At the scene of the shooting, Selma police taped off a block of Marie Foster St. from the intersection of Philpot Ave., to a 100-feet passed Eugene Ave., where the Honda was sitting. 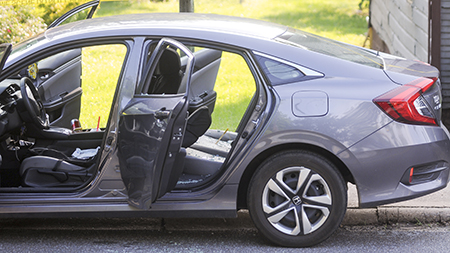 Broken window glass covered the back seat of the victim’s Honda.

More than 10 bullet casings were on the ground in front of the church, and at least one more was found inside the Honda 380-feet from the church.

A bullet hole pierced through the trunk of the Honda, and shattered glass could be seen covering the back seat of the vehicle. The driver side rear passenger window was completely broken.

The investigation into the shooting is ongoing, and the suspect(s) are still at-large.

“Motive and additional details are not known at this point,” Collier wrote. “Investigators are still working on scene.”