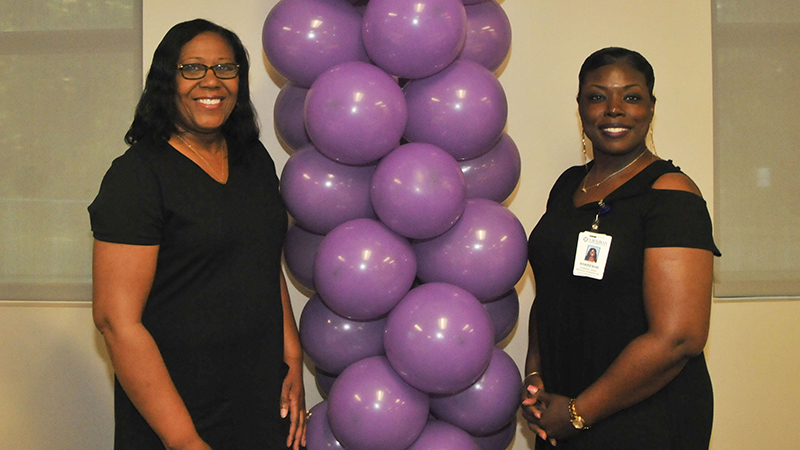 Lupus remains a big mystery in the mindset of the American public.

The autoimmune disease has directly affected the lives of both Jackie Moultrie and Sharesha Sneed. The two Vaughan Regional Medical Center employees have become big supporters of educating Selma residents about the disease.

Sneed, a meditech coordinator at Vaughan Regional Medical Center, has had lupus since 2002. She ignored the symptoms.

“I’ve had it for 16 years, but I didn’t give it much thought,” Sneed said. “I heard about lupus, but didn’t know about it. I was focused on taking care of my two kids. I went to the doctor in 2010.

Moultrie, who runs the cardiovascular department at Vaughan Regional Medical Center, was crushed when her daughter, Emilea Moultrie, was diagnosed with lupus in 2014. She recently graduated from Auburn-Montgomery.

“I spent a lot of time at Troy University when Emilea was attending there,” Moultrie said. “The caretakers are important too. It’s a common disease most people don’t know about. We’ve gotten strong reaction since we started this group.”

Moultrie and Sneed said the group will have a lupus awareness walk sometime in October.

Lupus is a disease when the immune system attacks good and bad tissues, causing the body to breakdown. Lupus attacks a person’s skin, heart, blood cells and lungs.

It has different signs and symptoms, affecting a person’s joints, skin, lungs, kidneys and blood vessels. People with lupus may experience fatigue, swelling in joints, skin rashes and fevers, usually coming up between flares and periods of remission.

According to the Lupus Foundation of America, about 1.5 million in the United States have lupus. Women of child bearing age between 15 and 45 are most often affected and 1 in 250 get the disease.

The causes of lupus are unknown, but believed to be linked to environmental, genetic and hormonal factors, according to the centers for disease control and prevention.