Law enforcement officers from multiple departments appreciated at the Side Porch 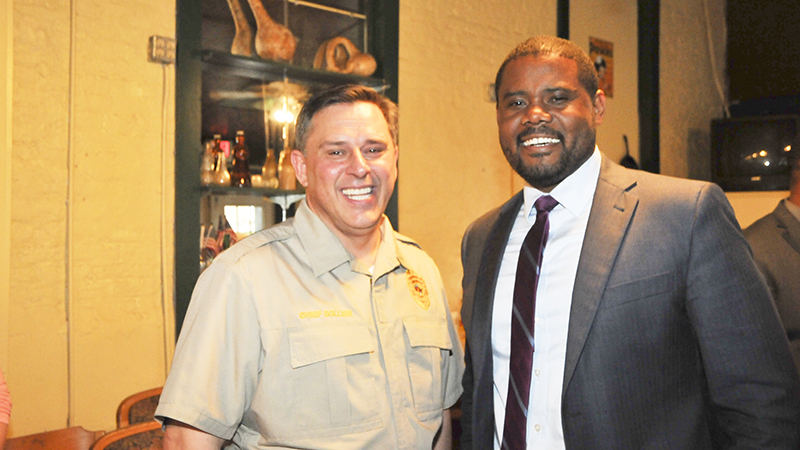 By James Jones
The Selma Times-Journal

The city of Selma honored its law enforcement Thursday night with a fish fry at the Side Porch Sandwiches Pub.

Selma mayor Darrio Melton, Dallas County district attorney Michael Jackson and judge Major Madison Jr. were among the city’s dignitaries to praise the local and county police officers as part of Law enforcement night. It was law enforcement week this week across the nation.

Melton, one of Alabama’s youngest mayors, thanked the law enforcement officers for their solid work in the community.

“I’m so indebted and appreciative of what you officers do,” Melton said. “Thank you for keeping our families and businesses safe.”

Jackson knows the importance of a strong police force and sheriff’s office.

“Without law enforcement, you couldn’t have a city,” Jackson said. “You’d have chaos.”

“It’s a thankless, safe-less and dangerous job,” Madison said. “When you’re in my courtroom, we have your backs.”

“Our officers put their lives on the line everyday, they work hard and are underpaid,” Collier said. “Every officer has a family. We appreciate you thanking them.”

Susan Youngblood, who worked 17 years in the city’s D.A. office, organized the event. The Councilwoman in Ward 2 praised the law enforcement’s families.

“The families are the unsung heroes because they have to sacrifice and worry,” Youngblood said.