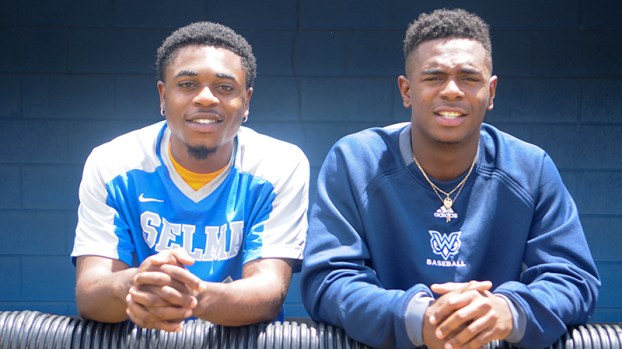 The Selma University Bulldogs needed three outs in the bottom of the seventh inning to survive an elimination game against Mississippi University for Women Owls in the USCAA Small College World Series in Dubois, Pennsylvania.

The No.10 seed Bulldogs and the No.8 seed Owls started the tournament on opposite ends of the bracket. Despite all the possible scenarios, the survival of both teams came down to a 2-out showdown between two best friends from Selma.

Selma University scored four runs in the top of the seventh to take an 8-7 lead over the Owls, so head baseball coach Adrian Holloway brought in his freshman reliever Dontae Stiles to preserve the one-run lead.

The bottom of the order was due up to bat, but the pressure mounted with each batter.

Stiles gave up a leadoff single to left field, and the runner advanced on a sacrifice bunt the next play. A groundout to the shortstop held the runner at second, but brought the Owls leadoff hitter Prince Tolbert to the plate.

“We didn’t think we were going to face each other in the tournament,” Tolbert said. “First thing I did was call my mom and tell her we were playing DJ and them again all the way up in Pennsylvania.”

“I don’t know how to explain that,” Stiles said. “Maybe if it was another batter, I would’ve been alright. But it was [Tolbert].” 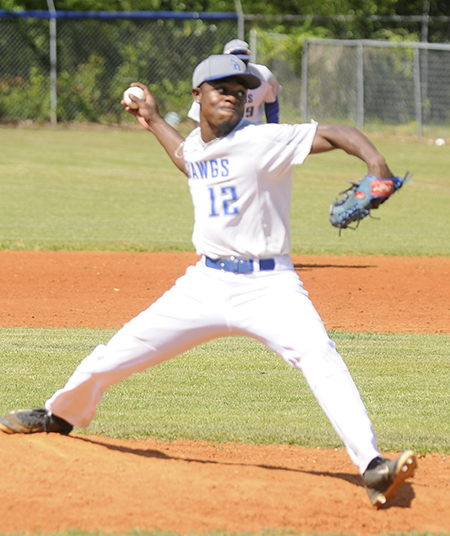 In a tournament where most of the teams were playing each other for the first time, Stiles had a runner in scoring position while he faced a hitter that has been watching him pitch since he was nine years old.

“I looked at [Stiles] when I got into the batter’s box and gave him a little sign like ‘It’s me and you now,’” Tolbert said.

Tolbert worked the count full, and continued to foul off everything his former teammate threw at him. He hit a ball deep to right field that would’ve tied the game 8-8, but the wind pushed it foul. Tolbert and Stiles shook hands after he rounded first, as if to say “almost.”

“I said to myself this dude will not get out,” Stiles said. “A lot of people say my arm angle is funny and messes people up. But with [Tolbert], he’s been seeing it all our life. So, I know that it wasn’t going to faze him. I didn’t know what to throw anymore because he kept hitting everything.”

Stiles told his catcher to keep calling fastballs because he didn’t want to take the risk of putting the go-ahead run on base.

Back when they played each other as kids, Tolbert never called time out during an at-bat. Even in an elimination game, Tolbert remained true to his old habits and was ready for each pitch.

Stiles needed to catch his friend off guard, so he took a long pause as he came set for the final pitch. He pretended to work the baseball in his glove, and Tolbert began to prepare for the off-speed pitch.

“I was sitting on off-speed because he threw me like four or five fastballs in a row,” Tolbert said.

But with the season on the line, Stiles threw his 26th pitch of the inning and hoped for the best.

“When I threw it, I closed my eyes a little bit because I didn’t want to see what happened,” Stiles said. 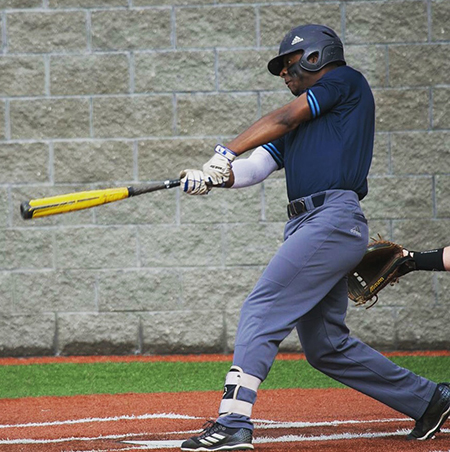 Tolbert swung at the high and inside fastball, but the pitch got under his hands and he struck out to end the game.

The Bulldogs’ catcher came out to congratulate Stiles on the save, but he had to wait. The rest of the team rushed to third base jumping in celebration of the win, but Stiles was headed in the opposite direction.

Stiles walked straight to Tolbert, who was walking up the first base line, and hugged his best friend.

“It’s like something you see in a movie,” Tolbert said. “It was something you could watch over and over again, and get jitters each time.”

The emotional embrace was the highlight of the journey both Stiles and Tolbert took to return to baseball. They took different paths to return to the sport they love, and it brought them together for a once-in-a-lifetime moment they will never forget.

Stiles and Tolbert graduated together from Dallas County High School in 2014. Both of them played everywhere on the field for the Hornets under then head coach Willie Moore.

When Stiles was on the mound, Tolbert was his catcher and vice versa.

Moore saw the talent in the two players and told them that they would need each other to bring out the best in one another.

The boys were already highly competitive, but Moore’s words gave them the push they needed to be ready for varsity baseball. They earned their way into the starting lineups as freshman.

“Coach Moore challenged us each and every day to be with the older players,” Tolbert said.

Moore remembers telling Stiles and Prince the best will play regardless of class.

“To be quite honest, those two freshmen stood out among some of the upperclassmen,” he said. “I knew they were going to be good players. It doesn’t surprise me that they are where they are.”

The boys had fun in their years of recreational and high school ball, but went their separate ways after graduating.

Stiles went to welding school after graduating high school. He graduated at the top of his class and took a job as a welder for Robinson Fans Inc. in Trussville, AL.

After a couple years in the workforce, flashbacks to his former playing days began to motivate him to give baseball another shot.

Stiles reached out to Holloway through Facebook to ask what he needed to do to get back on the field. He enrolled for the fall semester at Selma University as a business major, and began working with coach Holloway to get ready to be back on the mound.

“I actually thought I had lost it since I hadn’t played baseball since 2014,” Stiles said. “I was really wild. I was throwing wild pitches and stuff, but [the coaches] got my mechanics right and I started finding the strike zone.”

When it came time for the season to start in the spring, Holloway didn’t hold back on using his freshman reliever.

“It got me prepared for that World Series because during the regular season coach Holloway had bringing me in during pressure situations,” Stiles said. “I might come in the game with two outs, bases loaded up by one run in the bottom of the seventh inning.”

Tolbert received an offer to play baseball at Wallace Community College Selma, but only played one season with the Patriots before transferring to South Alabama.

In his two years at South Alabama, Tolbert didn’t play baseball and was just a normal student.

He returned to Dallas County in 2017 and found his way back to the field as a volunteer coach for DCHS baseball.

During an away game at Isabella High School, Tolbert ran into his former summer baseball coach Tim Cahalane.

Tolbert told his former coach he was interested in playing again, so Cahalane informed him that Mississippi University for Women was starting a baseball program.

“I knew I was going to have to go through intense training in order to get me back to where I was before I ended up hanging up the cleats,” Tolbert said. “Me and [Cahalane] got together about three days a week up in Clanton. I played summer ball with him that year with a group of guys from Alabama, and we all went to [Mississippi University for Women].”

Three years removed from his first collegiate season at WCCS, Tolbert hit .277/.430/.465 as a 21-year old sophomore center fielder for the Owls.

Stiles and Tolbert’s love for baseball brought them back to school, back to the field and back to each other. Even in the offseason, they are still training to be ready for next season.

“I kind of feel like the same thing is going to happened next year,” Stiles said. “It’s going to come down to us again, and then he might get me.”

The Francis Marion High School and R.C. Hatch High School football programs were presented with a donation of $2,500 each... read more