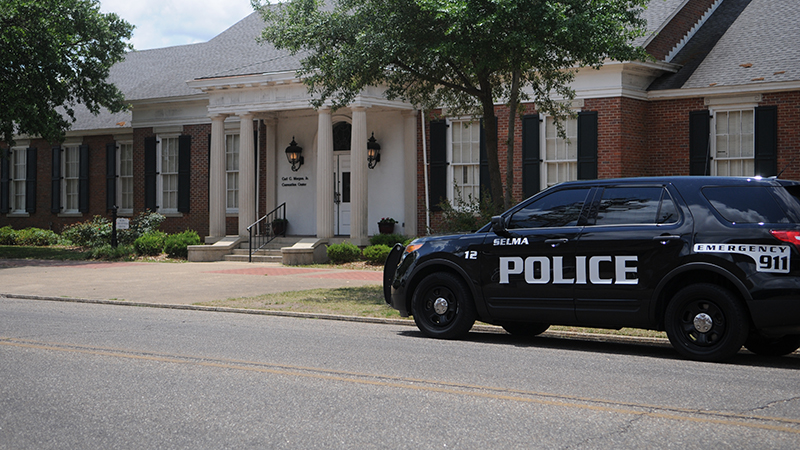 The two-day law enforcement and officer training conference taking place at the Carl C. Morgan Center Tuesday and Wednesday served as an opportunity for multiple agencies spanning Alabama and the federal government to sit down, talk, listen to presentations and come up with a plan for a myriad of local and national issues.

Local agencies such as the Selma Police Department and Dallas County Sheriff’s Office attended the event alongside other departments from across Alabama.

The United States Attorney’s Office from Mobile attended as well, alongside federal agencies such as the Drug Enforcement Agency; Alcohol, Firearms and Tobacco and the Federal Bureau of Investigation.

With so many agencies under the same roof, there was plenty of conversation to be had. Educational programs available for officers and agents for the first day included a presentation on how to combat the realities of the opioid addiction in America and multiple training opportunities for the different types of violent crimes, such as domestic violence.

For the officers attending, they leave with better knowledge that could be used in their day-to-day operations. According to Sgt. Michael Kiser, formerly deputy to the sheriff and now with the Selma Police Department, he took away some beneficial lessons.

“I think it all went well,” Kiser said. “We covered a lot of important issues.”

Like Cream, many of the presenters are the head of their divisions or agencies, making it a good opportunity to have productive discussion about how to stay one step ahead of crime.

For Selma District Attorney Michael Jackson, he enjoys this event every year because of the coordination it provides between multiple agencies.

With violent crime related to gangs and drugs a major concern for him, he appreciates all the help and interest he can find. With everyone in town, Jackson got busy talking to people he believed could make a difference. According to Jackson, he had a long meeting with members from the U.S. Attorney’s Office, the DEA and others about ways they could all pitch in to curb crime in the city.

Jackson says the experience was one that yielded positive momentum going forward.

“It is good to get to talk to everyone during this program. We get to talk about what we can do with violent crime in the area,” Jackson said.

“I met with many groups to talk about Selma and Dallas County, and the U.S. Attorney’s Office (out of Mobile) has promised to take a more active role in our community to help with violent crime.”

With this promise, Jackson should have more help on the way to help curb crime. Dedicated to his job, he understands that communication is a key part to his success and the well-being of the area he represents.

After attending the conference and conversing with multiple people, Jackson is optimistic going forward.

Bohannon finds purpose in giving back to children