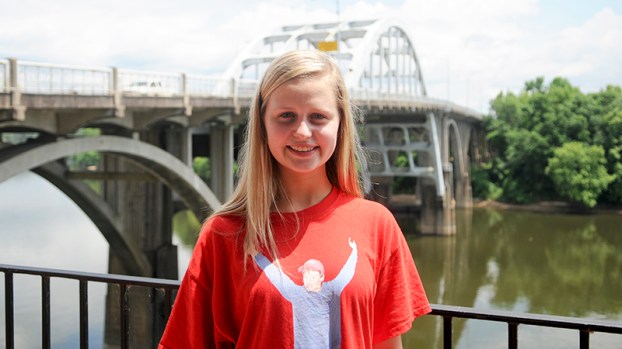 Bohannon finds purpose in giving back to children

A fun day for Abbie Bohannon is hanging out with her younger brother by the pool, and catching some sun. The Morgan Academy sophomore is an avid pageant participant, basketball player and volleyball player.

Even with a full plate, Bohannon still finds the time to give back to the community.

After a recommendation from her teacher, she became a volunteer with the Central Alabama Regional Child Advocacy Center.

“Everytime they help somebody, they do it with so much love and compassion and that’s one of the main reasons I love it,” Bohannon said.

Bohannon said after a tour of the center and speaking with the center’s executive director, Lauri Cothran, she knew she would love volunteering there.

Apparently, the love is mutual. Cothran said the decision to nominate Abbie for Volunteer of the Week was an easy decision for the staff.

“I was so impressed with [Abbie] that I nominated her to be selected for the upcoming Youth Leadership class,” Cothran said.

The center partnered with Morgan Academy to sell pinwheels as a fundraiser to raise money for their cause.
The pinwheels were planted by Morgan students outside the school’s building.

“It was good to see people my age actually getting out there and wanting to do stuff for the community, and wanting to give back,” Bohannon said.
Bohannon was responsible for collecting money and advertisement for the fundraiser.

During the pinwheel fundraiser, Cothran noticed Bohannon’s dedication and passion for service.

“When she makes a commitment to something, she’s committed,” Cothran said.

Bohannon’s work doesn’t stop there. As a part of her pageant platform, Bohannon also volunteers with the March of Dimes.
The March of Dimes raises money to fund research and programs to end premature birth, birth defects and infant mortality.

This cause is close to Bohannon’s heart because her younger brother was once in the newborn intensive care unit.

“I want to give back to [March of Dimes],”Bohannon said.

As a part of her March of Dimes service, Bohannon formed a team called “Abbie’s Princesses for Premies” where she and some of her friends, and fellow pageant contestants, participate in raising funds for the cause.

Graves of Selma figures to be restored Saturday

By Adam Dodson The Selma Times-Journal The Selma Old Town Association is pitching in to do their part in keeping... read more