Muhammad named Boy of the Year 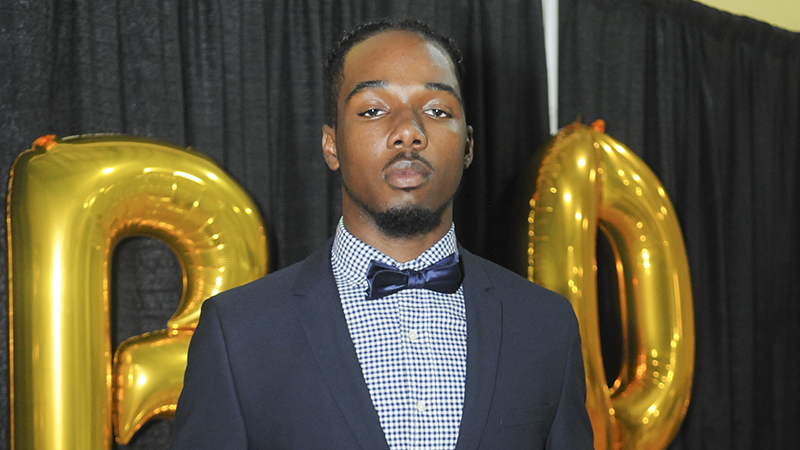 Jabrail Muhammad Jr. could hardly believe it when he heard his name called Tuesday night as the 2018 Paul M. Grist Boy of the Year.

The crowd roared with applause, as Muhammad walked up to the podium and received the award from Juanda Maxwell, chair of the board of directors.

“I couldn’t believe it. It was just an honor,” Muhammad said. “Before [my name] was called, I did not understand how much it really meant, but it really means a lot.”

The award is named after Paul M. Grist, who served as director at the YMCA of Selma-Dallas County from 1919 until 1934. He served as general secretary for the Y from 1934 until his retirement in 1964. The award recognizes young men who exemplify the characteristics of Grist.

Muhammad is a senior as Selma High School. He is a member of the choir, band, Future Business Leaders of American and the Student Government Association. He is also a member and National Honor Society and president of the Selma High School class of 2018.

Muhammad’s mother, Lawanda Marshall, said she couldn’t be more proud of her son for being named Boy of the Year.

“I am very excited. I give all honor to God,” Marshall said. “I’m just overwhelmed with joy. He’s been a great young man … he goes hard at whatever he does, and I’m very proud of him.

Muhammad will be a freshman this fall at Alabama A&M University, where he plans to major in chemical engineering.
Muhammad is one of 10 young men nominated for the award.

“When you look among the young men who were standing up here … they’re young men that have accomplished so much in such a short time,” Maxwell said before announcing the winner.

“I really want us to look at this as all of you, all of the nominees, you really are special people. You’re winners. You’re going to be successful in life. We’re so grateful to have been just a small part of it.”