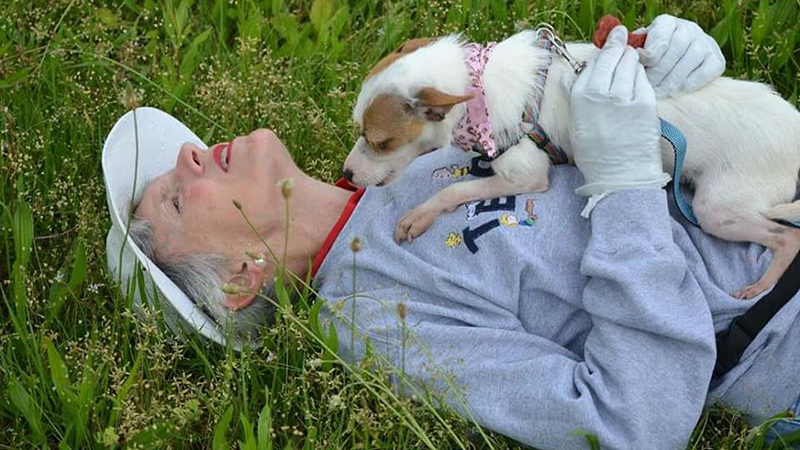 Kaye Knight never met an animal she didn’t love or a math problem she couldn’t solve.

From tutoring children in Selma and Dallas County for more than 50 years, to working with the homeless animals of the city and giving back to her beloved church, Knight always had the heart of a servant.

Knight died Monday, April 30 at her home after a long battle with cancer. She is survived by her husband of 52 years, B. Ramsey; two dogs, Minnie Pearl and Hope; and Gracie the cat.

After the couple moved to Selma, Knight started tutoring students in math in 1965. It quickly turned into a business and took off. She tutored until December 2017.

“She just made math seem possible for me,” said Edie Jones, a former student of Knight’s. “Everyone in Selma loved Mrs. Kaye.”

Jones was in Knight’s first group of students. Three of her children were also tutored by Knight, and her granddaughter was in the final group of students. And through all generations, Jones said Knight was the best at what she did.

“It’s unique for me because I’ve seen it through three generations,” Jones said. “She guided our lives, not just in math, but in so many things. She cared about the whole student. She cared about everything that was going on with them.”

Knight was such a popular tutor, people would sign up for her lessons years in advance, and those seeking her help would drive back from college a few times a week just to have her help.

Jones said one thing she remembers of all of the lessons is the animals that inhabited the Knights’ home.

“When I was there, animals were there. Before my granddaughter turned 16 and could drive herself, I would drive her out to Kaye Knight’s for her math lessons, and there would always be animals in the house,” Jones said.

Jones said Knight was for the people, and always did her best to go out of her way and help the next person even if it was her that needed the help the most.

With her love of animals, Knight spent countless hours working toward helping the homeless animals of the city. She worked with the Selma Animal Shelter and was the president of the Humane Society of Central Alabama, which is now known as Sky Hill Animal Society.

Knight grew up in an animal loving family. Her grandfather was a veterinarian for the Army, the railroad and even the circus, and her mother, Dorothy (Dot) Wilkinson was instrumental in starting the local shelter.

Knight had a love of animals early on, and that love only grew. Knight later met Lynn Sanders, who was training Wilkinson’s dogs, and eventually trained hers as well. The two became friends, and ran the Humane Society together.

Knight and Sanders spent many days traveling and learning the best ways to run the program, and before Wilkinson’s death, talked about starting their own sanctuary at Knight’s childhood home, Sky Hill Farm.

Knight donated her home to the cause, and she was able to see her dream come true before her death.

“Kaye and I both loved to read, both loved to study scripture, both loved animals, and both of us knew there was a better way to do what we were doing with animals,” Sanders said with dogs barking in the background. “It’s been amazing since we’ve been out here. Sometimes it’s still surreal that we actually made it this far from where we first started talking about doing this.”

Knight did everything in her power to make any animal in its final days feel loved, even if that meant getting them a special treat or holding them when they passed.

“When the city would not have money to take care of animals in the Selma Animal Shelter, as long as I’ve known her, Kaye would pay for injured animals to be euthanized, and she would sit there and hold them,” Sanders said. “She didn’t like them to die by themselves.”

No task was too big for Knight, even if she wasn’t big herself.

“She never weighed more than 110 pounds, and would go walk a 100-pound dog,” Sanders said laughing. “She would go walk dogs that were more than half of her weight frequently. There’s nothing that she didn’t do full hearted. Whatever she did, she did with everything.”

Becky Nichols, a long-time friend of Knight’s, said she grew up looking up to her and always admired her compassion and love of people and her willingness to continue learning.

“She was such an amazing human being to me when I was young, and as I grew older and knew her as an adult, I began to realize with which she lived her life,” Nichols said. “It was a tremendously valuable experience for me to be her friend. I admired the things she was able to accomplish in our community.”

Though she lived with cancer for a couple of years, Knight never let it get her down.

Nichols asked Knight what she wanted to be remembered for, and her answer was for being an elder at Cornerstone Presbyterian Church.

“It’s not that she wanted to be remembered for the position, but for the fact that being an elder is being a guide, a leader, a mentor, a person that people look up to,” Nichols said. “I think she meant more than just the church. She meant the community, the education community.”

Nichols said it’s hard to lose a friend, but there will always be reminders of the person that Knight was.

“Most of all, I’ll just miss the fact that she’s not here. But then I think of all the puppies out at Sky Hill that are being played with and loved, and I realize, she’s still here.”

A memorial will be held Monday, May 7 at 1 p.m. at Cornerstone Presbyterian Church. The family requests that memorials be made to the Sky Hill Animal Society, Inc., P.O. Box 511, Selma, AL 36702, (a 501c(3} corporation} or a charity or organization of choice.