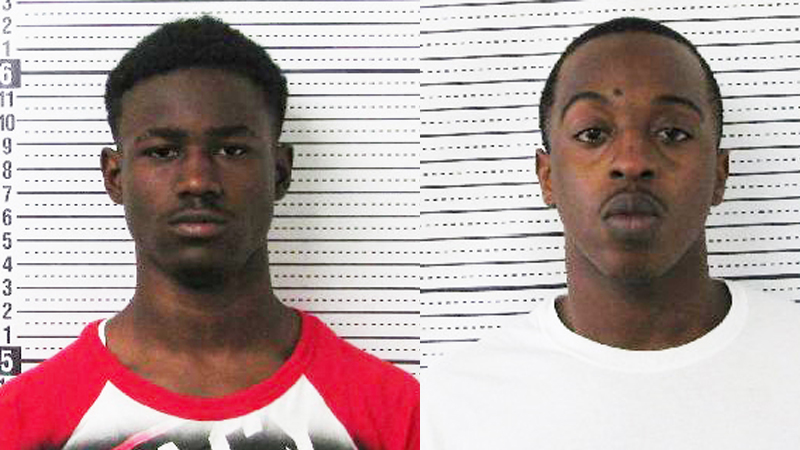 Jeffery Bennett and Vincent Ellis have been charged with murder in the death if Ernest Weaver Daniels III. Their bonds were set at $2 million each by District Judge Bob Armstrong.

Two Selma men arrested for the alleged murder of a 26-year-old man Saturday made their first appearance in Dallas County court Thursday while two other suspects are still considered at large.

According to Dallas County District Attorney Michael Jackson, District Judge Bob Armstrong set 20-year-old Jeffery Bennett and 21-year-old Vincent Devonte Ellis’ bond at $2 million each. They’re both charged with murder, two counts of first-degree assault and discharging a firearm into an occupied building. They are being held at the Dallas County Jail.

“We want the bonds to be high because murder is one of the worst crimes you can commit, and also, it just shows respect for the victim and their family that the bond was set high,” Jackson said.

“It kind of shows that person’s life was worth something. We’re obviously happy with the $2 million bond for each one of these guys.”

Bennett and Ellis are two of the four alleged shooters in the death of Ernest Weaver Daniels III early Saturday morning at the Raceway gas station on Highland Avenue.

Daniels was found shot to death near the gas pumps when officers arrived on scene around 3 a.m. Two others were also injured in the shooting. Selma Police Chief Spencer Collier identified them as 20-year-old Matravius Aaron and 19-year-old Marquavius Benjamin. They were taken to the hospital before police arrived on scene.

Thirty-year-old Jimmie Lee Tyus and Darryl Davuntay Kennedy, the other two alleged shooters, are still wanted by Selma police. Collier said they are considered armed and dangerous. They face the same charges as Bennett and Ellis.

A suspected arson and shooting are believed to be connected to the murder, according to Collier. A home at the Rangedale Annex on L.L. Anderson Avenue was believed to be intentionally set on fire early Sunday morning, but no one was home. Collier said investigators believe the parents of one of the suspects live there.

Pilgreen said Thursday an investigator with his office looked into it, and there was “no question” the fire was intentionally set. However, the Selma Police Department has the lead in the investigation.

“Anything that develops is going to have to come from Selma PD,” Pilgreen said. “My investigator just told me it is no question that it is a set fire.”

Early Monday morning, a home on the 200 block of Minter Avenue was shot into several dozen times with high-powered rifles, but no one was injured. Collier said investigators found .233 and 7.62 mm shell casings on the scene.

Anyone with information on the whereabouts of Tyus and Kennedy is asked to call the Selma Police Department’s Criminal Investigation Division at (334) 874-2125 or the secret witness line at (334) 874-2190.