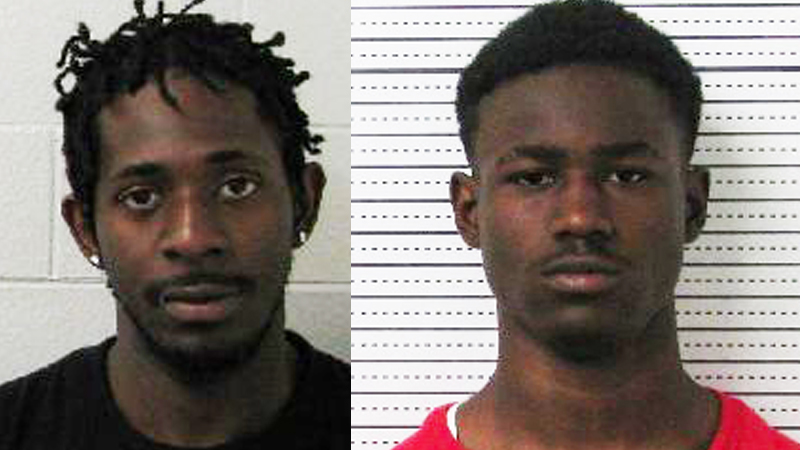 The Selma Police Department has identified two men wanted for the alleged murder of a 26-year-old Selma man early Saturday morning at a gas station.

Sgt. Ray Blanks with the department’s Criminal Investigation Division said warrants for murder and two assaults have been issued for 30-year-old Jimmie Lee Tyus and 20-year-old Jeffery James Bennett in the fatal shooting of Ernest Weaver Daniels III and for injuring two others.

According to Selma Police Chief Spencer Collier, a search warrant was served at a home in Montgomery Tuesday, but they did not make contact with the suspects. Collier said the Montgomery Police Department’s SWAT team assisted with the search.

Blanks said Tyus and Bennett were identified as suspects in the shooting after investigators conducted interviews.

Daniels was found shot to death near the gas pumps at the Raceway on Highland Avenue around 3 a.m. Saturday morning when Selma police officers responded to a shooting call.

Daniels was pronounced dead on the scene by Dallas County Coroner Alan Dailey from multiple gunshot wounds. Two others were also shot, but they were taken to Vaughan Regional Medical Center for treatment before officers arrived on scene. Collier identified them as 20-year-old Matravius Aaron and 19-year-old Marquavius Benjamin, both of Selma.

The following night, an apartment, which is believed to be the home of the parents of one of the suspects, on L.L. Anderson Avenue caught fire. A vehicle in front of the apartment also caught fire. The fires have not been ruled arson, but Selma Fire Chief Toney Stephens said due to suspicions of arson, the investigation has been turned over to the Alabama State Fire Marshal’s Office.

Early Monday morning, a house, which is believed to be the house of one of the suspects, was shot into several dozen times by high-powered assault rifles. The home was riddled with bullet holes, and dozens of .233 and 7.62 mm shells were found on the scene.

Collier said both incidents are believed to be related to Daniels’ death.

Tyus and Bennett are considered armed and highly dangerous. Collier indicated the search for the two suspects will not stop until they are caught. He also advised anyone caught aiding and abetting will be charged as well. Anyone who makes contact with them is advised to use extreme caution. Blanks and Detective Devan McGuire are the lead investigators in the case and are requesting anyone with information on the whereabouts of Tyus and Bennett to call the Selma Police Department’s Criminal Investigation Division at (334) 874-2125 or the secret witness line at (334) 874-2190.