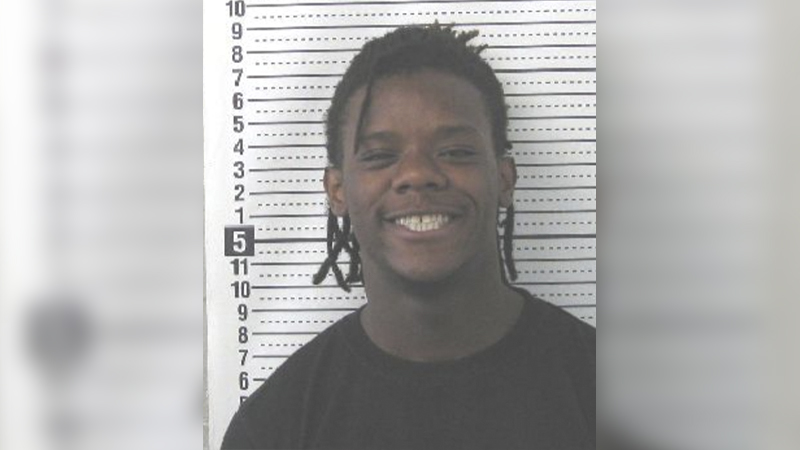 Maurice L. McAdory, 19, has been charged with first-degree robbery for allegedly robbing a woman at gunpoint Sunday night in Old Town.

A Selma man out on bond for a 2017 murder has been arrested for allegedly robbing a 47-year-old woman at gunpoint Sunday night in Old Town and carjacking someone in Montgomery.

“This is the reason why we ask for no bond. We don’t do it all the time, but when we deal with a violent predator, there’s a reason we ask for no bond,” Collier said of McAdory. “It’s getting to be more of a problem where we’re dealing with people committing violent crimes that are either out on bond or they’re on probation.”

The robbery happened Sunday night around 7:15 p.m., according to Collier, on the 600 block of Furniss Avenue at the Courtyard Apartments.

Collier said the woman was sitting in her car in front of her apartment when she was approached by two black male suspects.

“Two black males approached, one on the driver’s side door and stuck a gun to her head,” Collier said. “She said she could hear the gun clicking. I’m going to assume it was either releasing the safety or cocking the gun. As you can imagine, she’s very shook up, and they fled on foot.”

Collier said the two suspects took the victim’s purse. They were later arrested in Montgomery in relation to an alleged carjacking.

“He robbed [the victim] yesterday evening, and then carjacked someone early this morning,” Collier said.

The details of that incident are unclear. Phone calls to the Montgomery Police Department Monday were not returned.

“Through the satellite tracking on the vehicle, they were able to recover the vehicle and take two subjects into custody,” Collier said.

McAdory is accused of shooting and killing 37-year-old Alicostro Romero Moore in May of 2017. McAdory is one of the alleged shooters in Moore’s death, which was described by law enforcement as an ambush.

McAdory has been charged with the robbery, but charges are still pending for the juvenile suspect. Collier said they are still waiting for him to be positively identified.

“We’ve got to wait and get one more ID on him. The victim, as you can imagine, is very upset. She got one identified this morning,” Collier said. “Hopefully, we can get the other [suspect] identified when we get a better picture of him.”

This is at least the second recent robbery in Old Town. A 75-year-old woman was robbed on the 600 block of Mabry Street in mid-March.