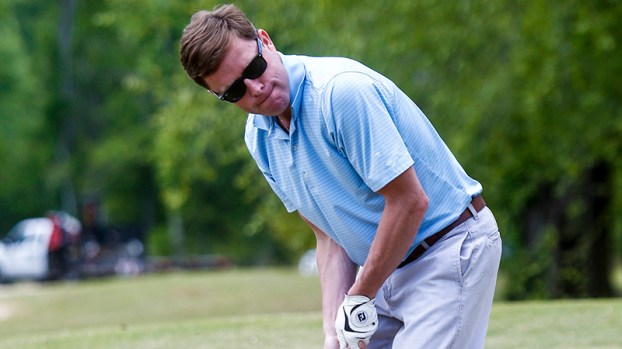 The 21st annual Selma and Dallas County Chamber of Commerce Golf Tournament went off without a hitch Wednesday as 19 teams filled Valley Grande Gold Course for the event.

Sheryl Smedley, Chamber executive director, said after having to postpone the event due to heavy rain and flooding the week earlier, everything went as planned, and they had a good turnout.

“Considering that we had to use our rain day, we had everybody to turn up except for two teams,” Smedley said. “It was a great day. You couldn’t have asked for better weather. All the golfers had a great time.”

Smedley said the day is important for the Chamber, in raising money for the different programs that they offer.

“It’s our only non-revenue event that we have, so it’s very important for our programs at the chamber.”

“I enjoy it because I get to meet new friends, and it’s a great networking event. It’s a great opportunity to promote the chamber.”

Smedley said the tournament is possible because of all the sponsors.

“That’s the success of our golf tournament, our sponsors,” she said.

The third place winners were Trustmark Bank in flight one, Southern Linc in flight two and Store Room Fasteners for flight three.

Tommy Atchison of Atchison Law has been participating in the tournament for around 10 years, and for him, it’s something he looks forward to each year.

“You just see people that you don’t see throughout the year, local business owners and community leaders, and it’s just a lot of fun and a good way to network and hang out with folks that make the city better,” Atchison said. “It feels good to get out there and see what Selma’s all about.”

Atchison said another reason he enjoys the tournament is because he’s able to give back but also have fun.

“You’re not just giving money. You actually get to participate in an event that allows you to interact with so many people,” he said. “It’s business owners and community leaders and people that you wouldn’t otherwise see every day. But that event brings everybody together and its always a good time.”

By Adam Dodson | The Selma Times-Journal A Muslim and Jewish women’s group, known as the Sisterhood of Salaam Shalom,... read more