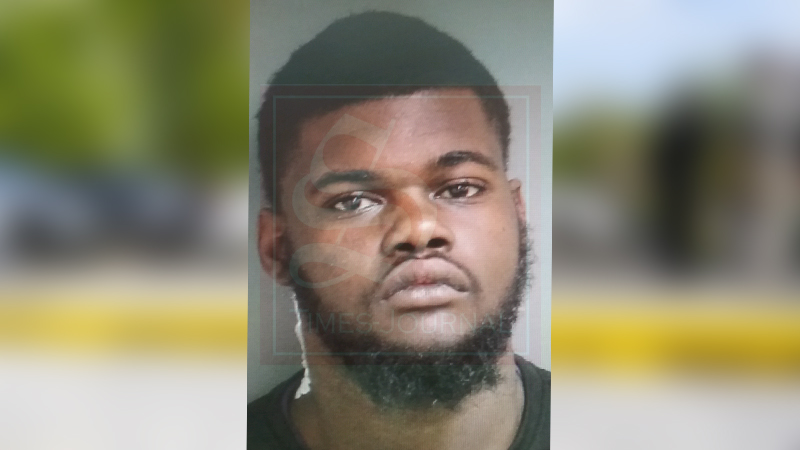 A man that was shot by police after leading multiple law enforcement agencies on a 50-plus mile high-speed chase earlier this month has been arrested.

According to Selma Police Chief Spencer Collier, 22-year-old Shawndarius Tyus of Selma was arrested Wednesday morning at his home. He was charged with attempted murder, reckless endangerment and probation violation and is being held without bond at the Dallas County Jail.

Three Selma police officers, who fired their weapons at Tyus, also remain on administrative leave until the Alabama Law Enforcement Agency completes its investigation into the officer-involved shooting. Collier said the officers will return to work Monday and be assigned to administrative duties.

The chase and officer-involved shooting happened on April 2. According to Sgt. Steve Jarrett with the Alabama State Troopers, a trooper pulled Tyus over in Montgomery County near Mitchell Young Road after witnessing him traveling 104 miles per hour on U.S. Highway 80.

Jarrett said the trooper pulled Tyus over, and when he exited the patrol car, the vehicle sped off headed toward Selma. The ensuing chase reached speeds of more than 100 miles per hour at times, according to police radio traffic, as it went through Lowndes County and into Dallas County.

According to Collier, once Tyus entered Selma police jurisdiction, the Selma Police Department took the lead in the pursuit. The suspect turned off of U.S. Highway 80 West onto Old Montgomery Highway. According to Jarrett, the suspect crashed into a Selma police officer’s patrol car near the intersection of Old Montgomery Highway and U.S. Highway 80 West just a few hundred feet away from the Edmund Pettus Bridge.

“Tyus again attempted to flee as officers were exiting their vehicle. Tyus attempted to strike a Selma police officer with his vehicle,” Collier said. “At this point, Selma police shot the subject in an attempt to protect themselves from being killed or seriously injured.”

Tyus was airlifted to UAB Hospital in Birmingham, where he was treated. Collier said he was released from the hospital the same night.

The Alabama Law Enforcement Agency is over the investigation of the officer-involved shooting. Collier said the Alabama Attorney General’s Officer assisted with the case, and the findings will be turned over to the district attorney and presented to a Dallas County grand jury.

The Alabama Law Enforcement Agency did not respond immediately Friday to a request for an update on the investigation into the shooting. It is unclear when their investigation will be concluded and when the findings will be turned over.