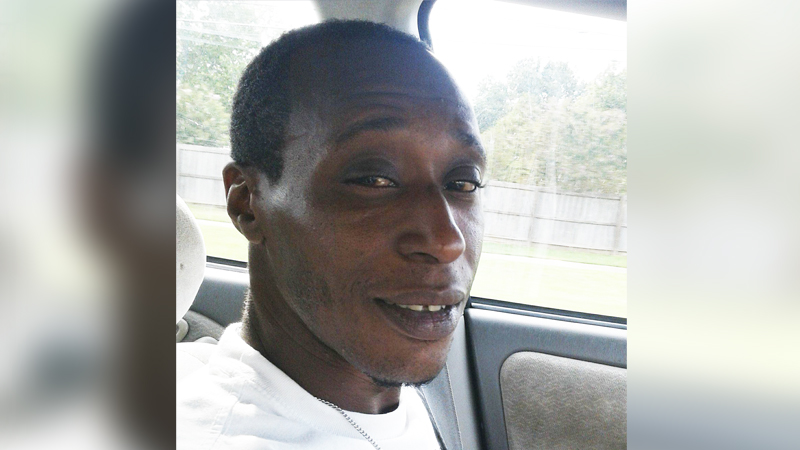 Montorie Johnson, 37, has been missing for neaely a week. He was reported missing by his wife, Amanda. (Submitted Photo)

A 37-year-old Selma man has been missing for nearly a week.

Montorie Johnson was reported missing by his family Monday. His wife, Amanda, said she last saw him early Friday morning around 2 a.m. after he came home from a night out with friends.

“He was wanting to talk, and I didn’t want anything to escalate and then I just told him to come in and go to bed [and that] I would talk to him in the morning,” she said. “He went out of the room, and I thought maybe he was going in the living room or something. Well, then I heard the door open, and I thought maybe he’s going outside or whatever to smoke a cigarette.”

She hasn’t seen him since. She filed a missing person report at the Selma Police Department Monday morning.

“Sometimes he’ll go off to cool off so things won’t escalate, so I’m kind of used to him going away and coming back for a couple of hours or maybe a day … but never this long with no contact,” she said.

Amanda and other family members have been trying to call and get in contact with him, but have not had any luck.

According to Amanda, Johnson works at Central Alabama Insulation and hasn’t shown up for work either.

“It’s just been devastating to me. I’m lost. I’m clueless. I have no idea. It’s been sleepless nights,” she said. “I’ve been riding and looking. It’s worrying me to death that something is wrong.”

According to Sgt. Ray Blanks with the Selma Police Department, Johnson left a home on the 500 block of Lapsley Street driving a four-door maroon Hyundai XG350 registered to his wife. The license plate number is 27CR511. Blanks said Johnson has not been seen or heard from since.

Blanks described Johnson as a black male, who is six feet tall and weighs approximately 163 pounds.

Blanks and Det. Devan McGuire are the lead investigators on the case, and they are asking for anyone with information on Johnson’s whereabouts to come forward.

First Responder of the Week: Smith serves as first…