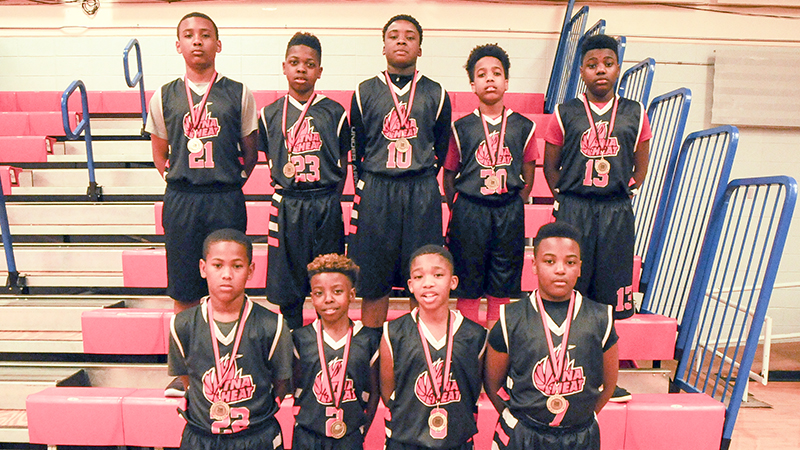 The TNA Heat basketball club fifth-grade team finished in second place at the Huntsville Invitational AAU tournament this past March.

The TNA Heat organization started out with just one fifth-grade team a few years ago, but have now grown to four teams competing at a high-level at AAU tournaments around the state.

“I would like to give Randy Fincher a shout out. He was the one that started us about three years ago,” fifth-grade boys coach Marcus Hannah said. “We started out with one team in this age bracket, and now we’ve branched out to four teams.”

Hannah’s players haven’t been with each other very long, but they played well in their first tournament of the season.

Jamarion Acoff led his team with 57 points and more than 20 steals in the tournament. His teammate Zachary Moorer was right behind him with 53 total points, and he led the team in rebounds as well.

Miles Hannah was an efficient three-point shooter for the TNA Heat, and scored 42 points for the team.

“They had fun and enjoyed themselves,” Marcus said. “They played extremely well and built their confidence up.”

The boys put together a good performance for their first tournament, but the overall goal of the organization is to help prepare and develop the young athletes.

The TNA Heat are grateful for the community support that they have received. Parents who attend practice, travel to games and most importantly help the club financially to accomplish its goals. The investment in the young athletes is an investment in the future of Selma-Dallas County basketball.

“These young men will be the future of Selma High, Dallas County, ECA, Southside and Keith one day,” Marcus said.