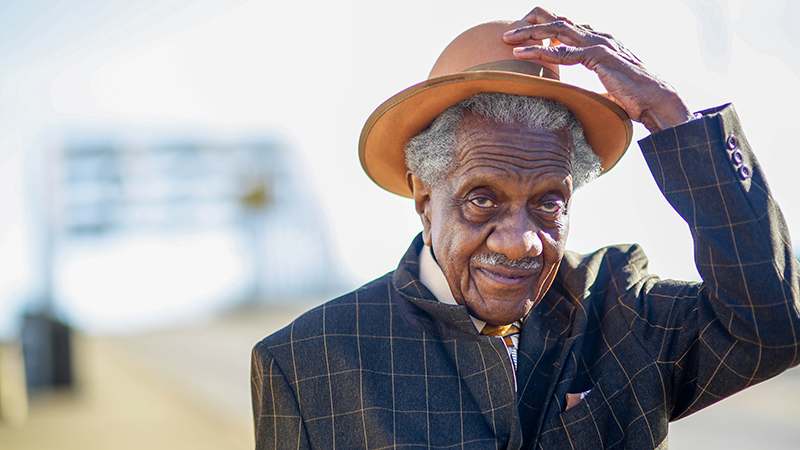 Dr. F.D. Reese, who passed away last week at the age of 88, was a leader to so many people in so many ways.

He led the voting rights movement in Selma, he led teachers, he led students, and he led his congregation at Ebenezer Missionary Baptist Church for 50 years.

Reese accepted his duties as pastor of Ebenezer while on the third and final Selma to Montgomery march in 1965.

“He walked the first leg of the successful march, returned and accepted the call to pastor Ebenezer, and then went and completed the march,” Perkins said. “He was a unique man. There’s no doubt about it.”

“I was speechless, and I don’t even know how to describe it now,” Perkins said. His father, James Perkins Sr., was a member of the church when Reese accepted the position.

Perkins Sr. can recall memories of teaching across the hall from Dr. Reese at R.B. Hudson and him leading teachers on a march to the Dallas County Court House in January of 1965.

“After the teachers’ march, I participated in anything the Rev. Reese did, and I felt obligated. I felt good about participating,” he recalled.

While those memories are still as vivid as the day they were made, Perkins Sr. will remember Reese for being a sharp dressed man that had a good taste in music.

“Dr. Reese taught me a whole lot. He taught me how to dress as a professional. I knew the Rev. Reese all of his life … and I’ve never seen him when he didn’t have a suit on,” he recalled.

“I was a young man then, and I went for the music that young men and women went for, and Dr. Reese told me that’s alright in its place, but he taught me how to appreciate and participate in excerpts from Handel’s Messiah, and I did.”

Martha Moore, who joined Ebenezer in 1978, worked alongside Reese as the director of two choirs and the children’s church coordinator. One of the things she admired about Reese was how he brought his ability to instruct from the classroom to the sanctuary. Reese was an educator for 53 years.

She’ll also remember how much he loved cake.

“When the Rev. Reese saw me coming into the office, he’d start smiling. He knew I was bringing some cake. He just loved cake,” she laughed.

Reese was known as a quiet man of few words, but he demanded respect. When he walked into a room, he drew everyone’s attention, and when he spoke, people listened.

“I can remember sitting back there as a teenager, and me and my girlfriend was talking, and he was talking. When he called my name out and her name out, and asked us if we wanted to share what we were talking about instead of listening to him, I stopped talking in church,” remembered Lydia Pettway.

“I don’t talk in church. When you find a pastor who knows everybody in church by name, that’s a good pastor. He was very good to all of us.”

Africhinae Robinson has known Reese all her life. She was born into the church, and something she will remember about Reese is his love for singing.

“The [hymn] that I remember that he directed the most … was Hold to God’s Unchanging Hand,” she said. “He directed that with more emphasis and power than any other hymn he directed. You could just tell that he really knew exactly what he was talking about.”

No matter the time of day or night, Reese would be there if called upon dressed in suit and tie.

Reese’s funeral is scheduled for Friday at 11 a.m. at Ebenezer. A satellite viewing of the service will be held at Selma High School in the auditorium. A public viewing will be held today from noon until 3 p.m. at the Carl C. Morgan Convention Center. Ebenezer will host a service tonight from 5:30-7 p.m. for moments of reflection.