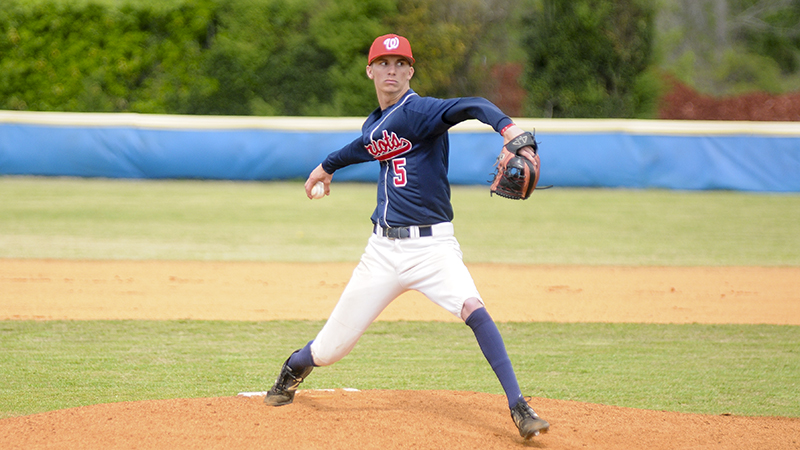 Micah Henderson, a sophomore from Prattville, started the first game and held WCCD scoreless in the first two innings. Unfortunately, an error with two outs in the top of the third gave WCCD its first baserunner. The runner ended up being the go-ahead run in a game where the Patriots struggled to even get on base.

WCCS’ offense got six hits in the ball game, but WCCD left them stranded each time. The Patriots stuck out 11 times at the plate in game one.

“We were real effective the first game,” WCCS head coach Frank Elliott said. “We had opportunities to win.”

Game 2 started off better for the Patriots, as they were able to get two early runs in the first inning.

“It was close that second ball game, until late,” Elliott said. “Our starter got a little tired, so I brought in some relievers. [WCCD] was able to get a ball or two up in the wind, and that’s how they got up in the score. The wind blew two [hits] out [of the park].”

However, WCCD held them scoreless for three straight innings while they regained the lead. John David Kytle started the second game for the Patriots, and limited the WCCD offense as best he could.

The Patriots were only trailing 5-3 at the end of the fifth inning, but WCCD ran away with the game in the final two innings. They scored three runs in the top of the sixth, and added another seven in their last half inning.

The Patriots have lost two consecutive double headers to WCCD, so that pushes their South division record down to 3-9. There are still several conference matchups on the schedule left for the Patriots, so they still have an opportunity to fight for a playoff spot.

“We got some conference games left,” Elliott said. “We’ve got some games here to pick it back up.”