Mallieve Breeding passes away at 96 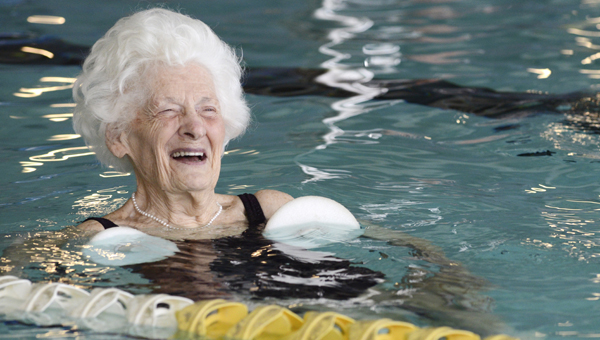 On March 15, 2018, Selma lost beloved resident Mallieve Lenora Wicker Breeding, who is known as the city’s “Madam Butterfly” and for her efforts in improving the beauty and environmental condition of the city.

Breeding’s friends say the impact she had on the community cannot be measured, and that she is somebody who was beautiful in every way.

Her famous nickname comes from her passion for butterflies and her commitment to educating residents over the environmental benefit of introducing them to the community. In order for butterflies to take residence in an area, there must be sufficient gardens, flowers and trees, which helps not only beautify the area, but also halt the environmental consequences of urbanization.

As her long-time friend, Becky Nichols said Breeding was able to use her passion to go to schools and other public places and plant butterfly gardens.

As her beautification efforts and fame grew, the name “Madam Butterfly” seemed to be a perfect fit for her. It was through her efforts that Selma was also named the Butterfly Capitol of Alabama.

Putting Selma on the map in interesting ways, Nichols reminisces on the efforts and characteristics that made Madam Butterfly effective in her works.

“I think her family would join me in saying that she believed in this town and believed in the worth of it,” Nichols said. “She utilized the library as a central tool for community. She had a big environmental impact with the butterflies. She also would go around town picking up trash and litter. She would tell you to pick up your trash and throw it away if she saw you litter.”

These efforts did not go unnoticed, as she was recognized for multiple honors and awards over the course of her life. This includes winning the W. Moseley Kelly Environmental Award given out by Auburn University, multiple national and state awards for her volunteer efforts in the public school system and the multiple beautification awards Selma has won over the years that they owe to her contributions.

To Nichols, the reason people were so drawn to her friend are because of the legitimacy of her concerns and her compassionate nature.

“She was so beautiful inside and out. She was not just talk, she was the walk,” Nichols said. “She was always beautifully dressed. It was as if her outside and inside were one.”

This combination of beauty and caring made her a hit in the community with people naturally attracted to her presence.

She, in turn, did her part in trying to show the outside world the beauty of Selma. Breeding is the organizer behind the inception of The Selma Bicentennial Tree Program, which later became known as the Selma Beautification Council.

Living a 96-year span filled with love and community commitment, living members of her family and friends celebrated her life on Wednesday, March 21 at Cornerstone Presbyterian Church, where she regularly attended.

She leaves behind two daughters, Beverly Perkins and Nancy Smith, and six grandchildren. Preceding her in death were her husband of 54 years, USAF Lt. Col. Charles Norton Breeding; and their son, Charles David Breeding.

Not taking her legacy for granted, Nichols shares what she believes is her lasting impact.