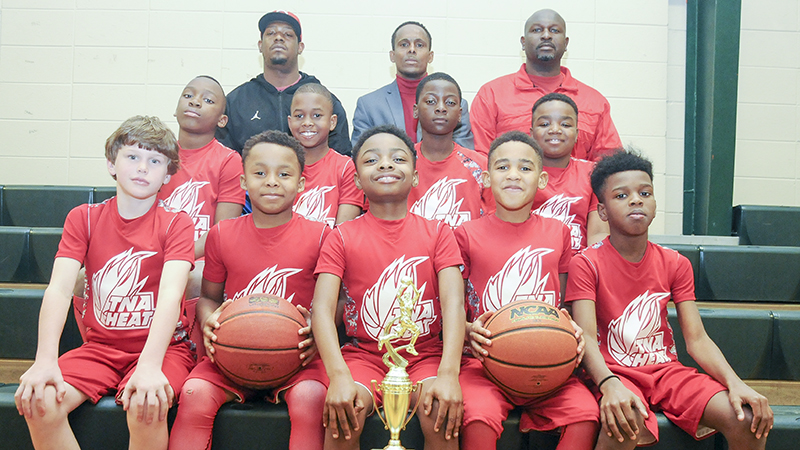 The TNA Heat third and fourth grade Selma team played five games in two days this past weekend at the ninth annual Tuscaloosa Invitational Tournament on the University of Alabama campus.

According to head coach Marlon Smith, the boys didn’t rebound well as a team and missed too many free throws.

“After the game, I told them that as a team we did good,” he said. “We represented Selma well, came in second place and look forward to repeat. Which means we’re going to prepare, be ready and next time we’re coming home with the first-place trophy.”

However, they still walked away from the tournament with the second-place trophy and experience playing tougher competition at the AAU level.

“I did know that we can play with anyone in the state,” Smith said. “Hopefully we will meet HCBC again at the Ball So Hard Classic or the Magic City Rumble in Birmingham.”

According to Smith, he’s got a team full of athletes. Most of his kids play multiple sports.

“They all play baseball and football. I do know I have a group of athletes,” he said. “We have two or three on the team that can play multiple positions, such as shooting guard and point guard.”

Despite losing in the championship game, the kids enjoyed their trip to the University of Alabama and playing at the AAU level. The team was just brought together a few weeks ago, and they are looking forward to their next tournament.

“They were very excited and couldn’t wait until the next game,” Smith said. “They’re asking me know when is the next tournament.”

The TNA Heat’s next trip will be to either Birmingham or Auburn, according to Smith. The trips provide exposure for the kids to not only increase their level of play, but also show them college campuses. Smith said he wants his players to see what the next level looks like.

“The exposure gets them ready for the next level when they get ready to go to junior high and grade school, so they can get used to more competition,” he said.